Joan Ryan MP will be addressing the Prime Minister’s plans to call a snap General Election (see page 7 for further information), as well as other issues, at a press conference for the Turkish media on Saturday 22nd April 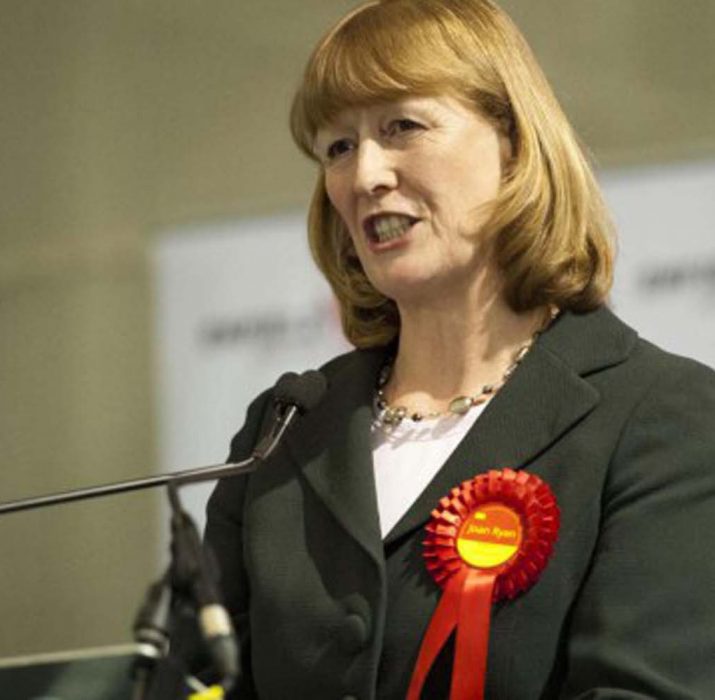 Joan Ryan MP will be addressing the Prime Minister’s plans to call a snap General Election (see page 7 for further information), as well as other issues, at a press conference for the Turkish media on Saturday 22nd April, from 10.15am to 10.45am, at the DEM-DER Turkish Community Centre, 150 Ordnance Road, Enfield, EN3 6DL.

Joan will be setting out her plans for Enfield North and how she is working hard for the area, the community and speaking up for the needs of people in Enfield. Ms Ryan will also be introducing Elif Erbil, the recently selected Labour Party candidate for the forthcoming Enfield Council by-election in Enfield Lock ward.

Representatives from the Turkish media are invited to attend the press conference and take part in a question and answer session. Afterwards, members of the media are invited to join Joan and her campaign team on the doorstep as they meet local residents and engage with them on the local and national issues they care about.

“It is a privilege to represent Enfield North. When I was elected in May 2015, I gave a commitment to local residents that I would be a campaigning MP for the constituency – working hard for our area, our community and speaking up for the needs of people in Enfield.

Over the past two years I’ve worked with local residents to save North Middlesex Hospital’s Accident and Emergency Department from partial closure. I’ve held the Government to account over cuts to our schools and our police force. I’ve campaigned to support and improve our local GP services. In all my years as the local MP, I’ve fought to protect services at Chase Farm Hospital, saved Forty Hall from closure and got new schools built in Enfield at Oasis Academy and Keys Meadow.  My track record speaks for itself.

Following the Prime Minister’s announcement of her intention to call a snap General Election so much is at stake – from the future of our public services, to the prosperity of our economy and our country’s future relationship with Europe after Brexit. In these uncertain times, Enfield North needs an MP who will continue to work tirelessly on behalf of local people and whose priority will be to make life better for Enfield families.

In Enfield North, we’ve shown time and again how a campaigning MP, working together with the local community, can protect our vital services. If you live and work in Enfield North, my job is to fight your corner and that is what I do, day in and day out.  That’s what Labour is for – putting you first.”