Turks and Greeks perform together for Cyprus peace

Turkish and Greeks singers in London unified their voices to promote peace for Cyprus. 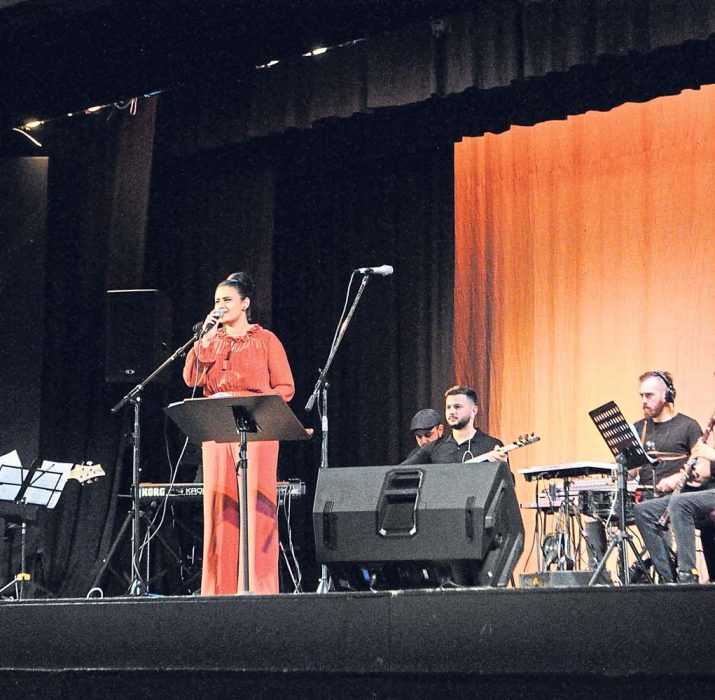 Turkish and Greek singers gave a peace concert for Cyprus on last Friday (17 February) in North London. The concert has come as a sign of support for peace on the island, as Turkish and Greek leaders continue their talks for ever-lasting peace, decades after the island was divided in 1974. Turkish Cypriot singer Umut Albayrak and Greek Cypriot singer Koulis Theodoru gave the concert “For Peace Together” together in North London. The concert was organised by Union of Cypriots in Britain, Cypriot Artists Platform, Enfield Cypriot Association and Turkish Cypriot Association for Democracy.

“Our aim has been bringing the audiences of two people together to raise awareness towards an enduring peace in Cyprus. We see this is a vital need for our communities and we shall be arranging more events like this that seeks to unify the two socities”

WHO IS UMUT ALBAYRAK?

Umut Albayrak started her musical education at a young age and continued her studies in music department at Izmir Dokuz Eylül University. She completed master and PhD degree studies at the same University. Dr. Umut Albayrak has been working as an academician in the music department of the Eastern Mediterranean University. Since 2002 she has performed in different music styles and different languages in many places of the world. Albayrak also performed concerts with international artists other than Cyprus island artists. At the same time, she performed works with many important internationally musicians. Albayrak has also contributed to many social responsibility projects, concerts and has made one mixed album which she left the income to an Educational Foundation within the scope of these projects. And together with her father Dr. Arif Albayrak, she produced a poem / song album. Umut Albayrak continues her studio works for her second solo album after her first solo album “Umut”.

WHO IS KOULIS THEODOROU?

Koulis Theodorou was born in Nicosia, Cyprus. The multifarious world of music gave him the opportunity to find artistic expression in a variety of fields: as a performer, composer, and producer. Apart from his independent projects as a songwriter, he has composed music for TV productions, theatre performances, and motion pictures. As a performer, the artist has given many concerts in Cyprus and abroad, presenting works by Cypriot composers. He has also staged performances dedicated to creators whose works have marked Greek discography.