Puppy stuck in well rescued after 10 days in Istanbul

A puppy that fell into a well 10 days ago was rescued in an operation early on Feb. 15, state-run Anadolu Agency has reported. 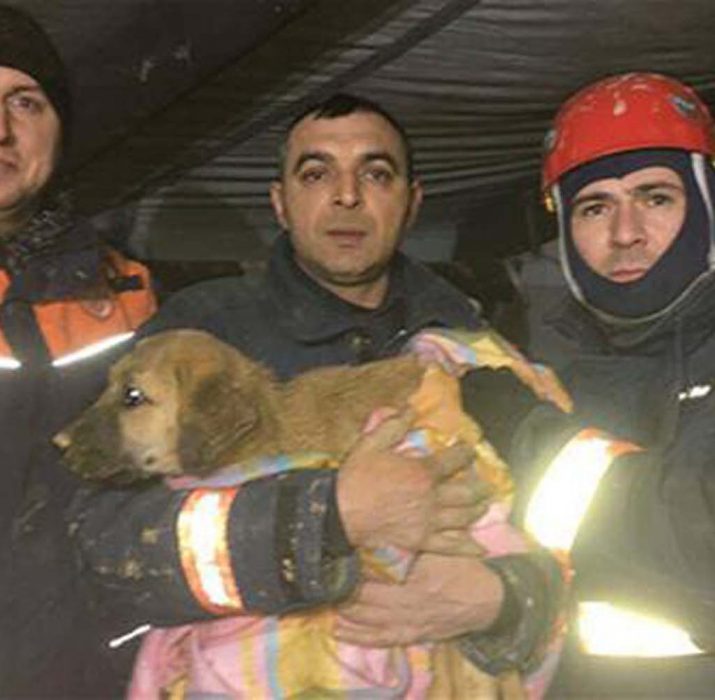 A puppy that fell into a well 10 days ago was rescued in an operation early on Feb. 15, state-run Anadolu Agency has reported.

The puppy named Kuyu (well) was rescued at 5:45 a.m. with a new method developed by students from Bahçeşehir Science and Technology High School.

The students developed a robotic arm for the rescue operation of the puppy and succeeded in bringing him out after three hours of operation.

Meanwhile, Turkish Coal Institute (TKK) teams from Zonguldak contributed their efforts to save the puppy, accompanied with a brief from Energy Minister Berat Albayrak.

Kuyu was adopted by the Beykoz Fire Crew after medical examinations.

Meanwhile, animal lovers, who have been following the incident, have warmly welcomed the puppy’s rescue, as social media users started trending the hashtag #direnkuyu (resist well) on Twitter.

The puppy dropped into a 70-meter-deep well that was drilled by the municipality around a week-and-a-half ago in the Dereseki Neighborhood in Beykoz district of Istanbul.

The dog has been provided with necessary food and water as the rescue operations continued.

The Mayor of Beykoz, Yücel Çelikbilek, who was following the rescue works in the area, said teams were doing their best. (hürriyetdailynews)