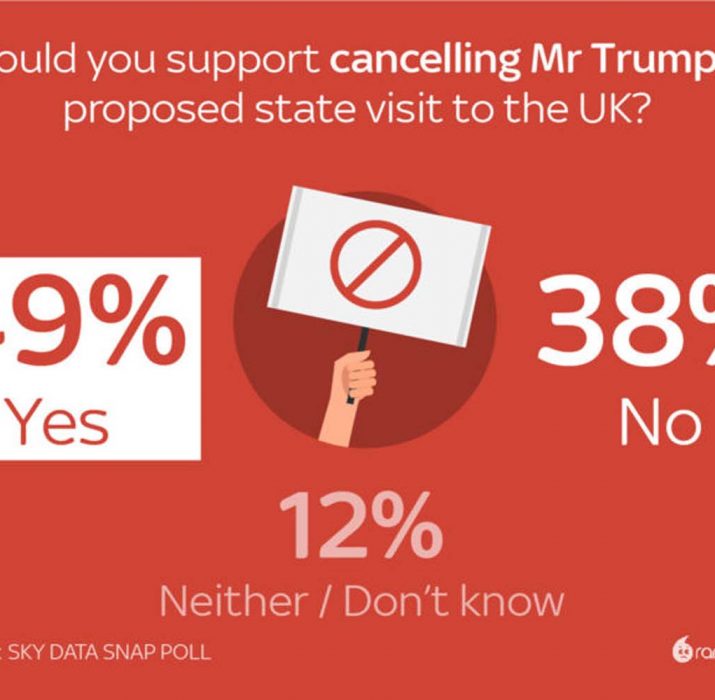 When told that Mr Trump had banned citizens of seven Muslim-majority countries for 90 days, 34% said they would back a similar policy in the UK, while 49% would oppose such a policy. 11% answered “neither”, while 7% said “don’t know”.

Meanwhile, half of Britons support cancelling President Trump’s proposed state visit after a petition to do so garnered more than a million signatures.

Some 49% support such a move, while 38% oppose withdrawing their invitation to Mr Trump.

Older voters are more sympathetic to the US President and his policies than younger people, though most in every group support cancelling Mr Trump’s state visit.