Ahmet Hakan was protested at the Parliamentary

Ahmet Hakan, attended a panel at the English Parliamentary as a guest of CEFTUS.. 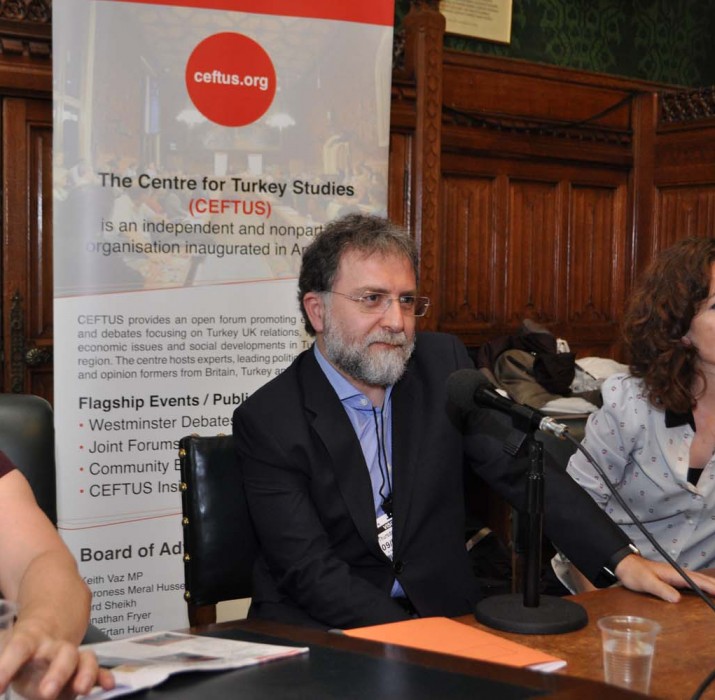 Ahmet Hakan, attended a panel at the English Parliamentary as a guest of CEFTUS..

As a research centre that has been delicately following Turkish political agenda, Centre for Turkey Studies (CEFTUS), invited the investigative journalist Ahmet Hakan to the English parliamentary on “Political changes and ambiguity in Turkey”. The panel goers brought protesting flyers and images with them protesting Hakan during his speech.

“THERE IS A ONE MAN UNDERSTANDING”

Starting his speech, Hakan tackled the Turkish agenda by saying “We can’t talk about an Islamic autocrat in Turkey – there is also not an Islamic Project on the lead. Just like America’s Trump, Hungary’s authoritarian one man, we have a similar one man in Turkey”.

PROTESTS AGAINST HAKAN AVALANCHED ON HIM

Hakan was founded responsible by the murder of Diyarbakır’s ex Baron Lawyer Tahir lçi, who once said that PKK in Turkey isn’t a terror group. A group of 10 people in the Parliament group protested Hakan and then left the room. Along the panel, Hakan was also protested by ex AKP MP Feyzi İşbaşaran. Losing his control, İşbaşaran carried on protesting Hakan and then left the room along with the 10 people who had been protesting him.

Being exposed to a series of protest, Hakan said “If there happens a third protest this time I’m going to leave” by accusing the HDP sympathizers for the protests. Hakan also criticized HDP for being silent over the attacks and brutality of PKK strikes.