A new addition to the Turkish Cypriots in Abroad Union Platform

Mr Oguz Can, who has been a successful business person that had lived in abroad and then started residing in Cyprus, has joined to the Turkish Cypriots in Abroad Union Platform. 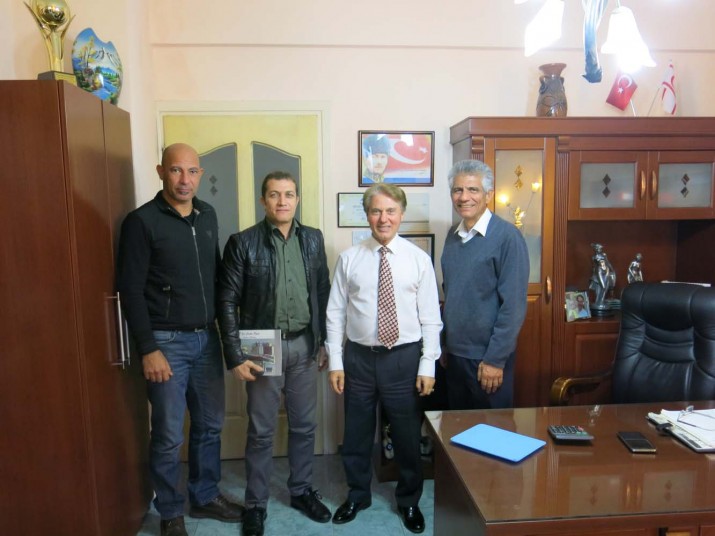 Mr Oguz Can, who has been a successful business person that had lived in abroad and then started residing in Cyprus, has joined to the Turkish Cypriots in Abroad Union Platform. The platform keeps briefing people after having had events in Sydney on the 30th January and Istanbul on the 16th January.

The secretary of the union Ertuğrul Mehmet, explained the developments further by saying:

“When talking about giving Turkish Cypriots the freedom of the vote and the right to hold office, the common sense was thought of Turkish Cypriots being able to vote for their territorial elections. However, the true intention has been them having the freedom and possibility to elect their own MPs from abroad to be sent to the Northern Cyprus Parliament. That’s why it is extremely important to enlighten the society and inform them. After all, for such a change, people should be aware of such a referendum’s true intention while they are saying yes or no.  In that regard, we are quite delicate about informing the Northern Cyprus residents to this matter. We take Estonia and Italy’s voting system and we are willing to strengthen the weakened relationship between Northern Cyprus and Turkish Cypriots in abroad by acquiring such talented and successful people like Mr Oguz Can and hope to acquire more successful people to get them invest in Northern Cyprus too. We anticipate to acquire 5 MPs, prospectively 2 from the UK, 2 from Turkey and 1 from Australia. Regardless of the outcome of our negotiations and briefings, Turkish Cypriots living abroad are determined to not give up on our island and they are happy to compromise whatever it takes just as it was before. “