Police on London streets are being doubled due to high risk of terror, Met Police chief Sir Bernard Hogan-Howe has said. 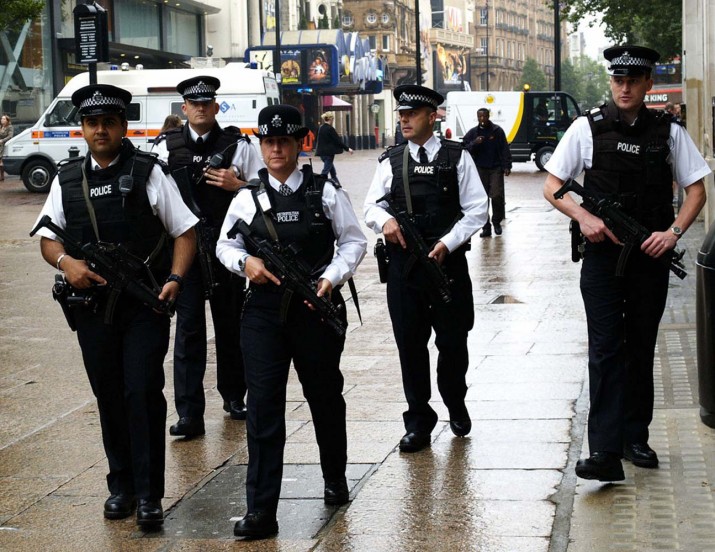 Police on London streets are being doubled due to high risk of terror, Met Police chief Sir Bernard Hogan-Howe has said.

The MI5 website puts the terrorism alarm at Sever for international terrorism for the UK. Levels for Ireland and Norther Ireland are also pretty high. Also, members of the public are advised to always be on alert for terrorism, and to report any danger they see.

The capital budgeting for 600 anti-terror, trained and armed police officers, who can be deployed immediately during an attack; whereas, cops on the beat are said be at the rate of 2,800, daily.

25 million has been added to the Met Police to increase chances of swift response: “It will be an expensive option, but is vital to keeping us safe. In these circumstances we’ve got to be able to deal with people who have automatic weapons, who may run around this city and kill people. If we don’t do that, we saw what happened in Paris. 130 people died and over 200 were badly injured. No one wants to see that and we’ve got to take out best steps to deal with it should it happen,” said Hogan Howe to the independent.

He added: “You can never be complacent“.

Even though the met police is increasing its armed police capacity, 92% of the force will remain unarmed, keeping the percentages steady.