Day-Mer, a Kurdish and Turkish association, celebrated the new year with their members and supporters. 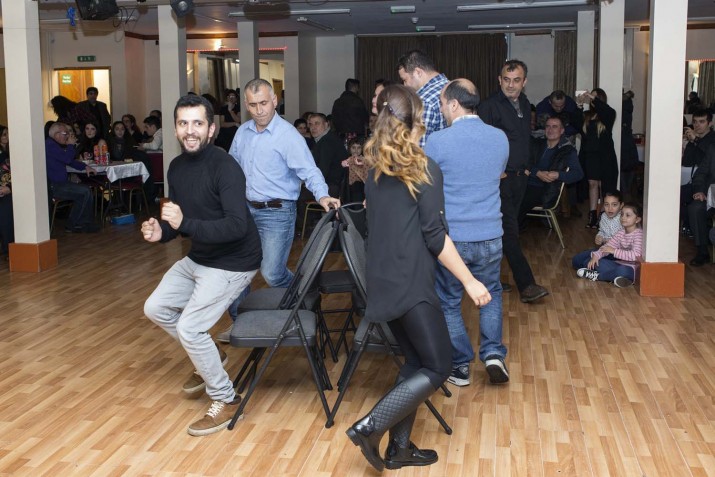 Day-Mer, a Kurdish and Turkish association, celebrated the new year with their members and supporters.

Chairman of DAYMER Said: “There is a Melting Pot created by imperialists and their callobrators. PYD [(The Kurdish Defence Forces)] have left a mark on 2015 by fighting against Isis, the puppet of imperialism. As well as saying no to bombs being dropped on middle-eastern towns, we also support progressive movements and militias in the region. The Syrian war are pushed four million Syrians to become refugees in neighbouring countries – and Europe. Regrettably, because of imperialism’s two-faced approach, this drama will continue.”

She added that their support for workers and the poor in England will go on: “Even if speaking about the cuts is becoming absurd, we are actually living in it. We are working with unions to secure the future of our children. As DAY-MER, we actively took part in the struggle and curated campaighns”.

One of Day-Mer’s board of officials and first ever chairman of Daymer, said: “With hard work of our members, Day-Mer has been very successful in organising for the elections [the recent ones in Turkey] – our members, supporters and Day-Mer as a whole has deserved enjoying a good celebration.”