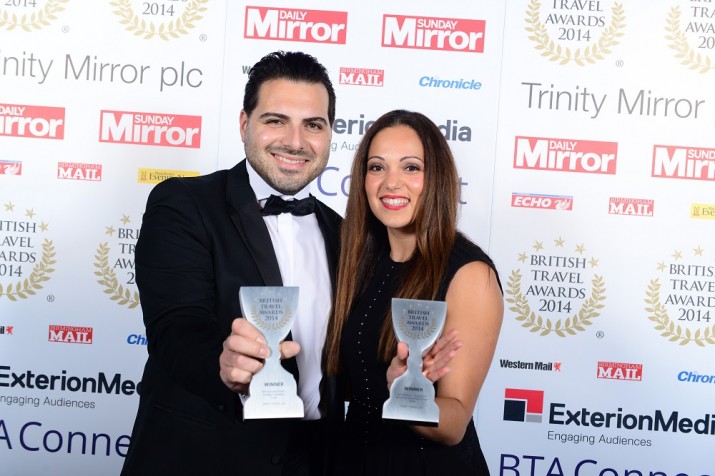 The firm, an expert in holidays to North Cyprus, emerged as the winner in two categories: “Best Holiday Company to East & Southeast Europe” and “Best Escorted Tours Holiday Company – Small” at the 2014 awards ceremony.

Ramadan Özdemir, Direct Traveller director, hailed the victory: “With this award we have shown that North Cyprus is a strong tourism destination for the British tourism sector.”

More than a million votes by consumers were cast in the British Travel Awards, in which nearly 300 companies took competed to win.

“The consumer opinion is key for The British Travel Awards voting process,” Lorraine Barnes Burton, the chief executive of the awards.

“It’s the only criteria on which the final results are based, and as an independent arbiter of public opinion, we are proud to represent consumer opinion for what is usually a significant part of the annual family budget.”

The British Travel Awards says it is funded “by the registration fees of enterprises with the confidence to back their brand, by competing in the awards, and the patronage of sponsors who respect the integrity of the awards programme.”

More information on Direct Traveller can be obtained by visiting www.directtraveller.com or calling 0844 414 3073.