YouGov Poll: Johnson and Sunak should resign over Covid fines 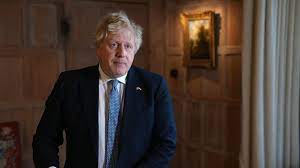 Most Britons believe Boris Johnson and Rishi Sunak should resign after being handed fines for breaking Covid laws, according to a new poll.

YouGov found 57 per cent of respondents thought both the UK prime minister and his chancellor should quit after being handed a penalty as part of a police investigation into parties in Downing Street and Whitehall during Covid restrictions.

The Metropolitan Police said on Tuesday it would be handing out 30 more fines in connection with Operation Hillman, bringing the total number issued to more than 50.

On the same day, Mr Johnson, his wife Carrie Johnson and Mr Sunak were confirmed as having been contacted by police and told to expect a fine.

The move prompted calls for the prime minister and chancellor to resign, with the Labour leader saying they had both “repeatedly lied to the British public” as well as breaking the law.

According to a snap YouGov poll, more than half of the British public believe the pair should leave government too.

The prime minister, his wife and Mr Sunak all apologised on Tuesday as they confirmed they had paid police fines over a party held in June 2020 to mark Mr Johnson’s 56th birthday.

Speaking to broadcasters at Chequers, Mr Johnson said it “did not occur” to him the gathering might be breaching Covid rules and offered a “full apology”.

Scotland Yard, according to a statement published by No 10, said Mr Johnson had been fined due to taking part of “a gathering of two or more people indoors”, which was banned at the time.