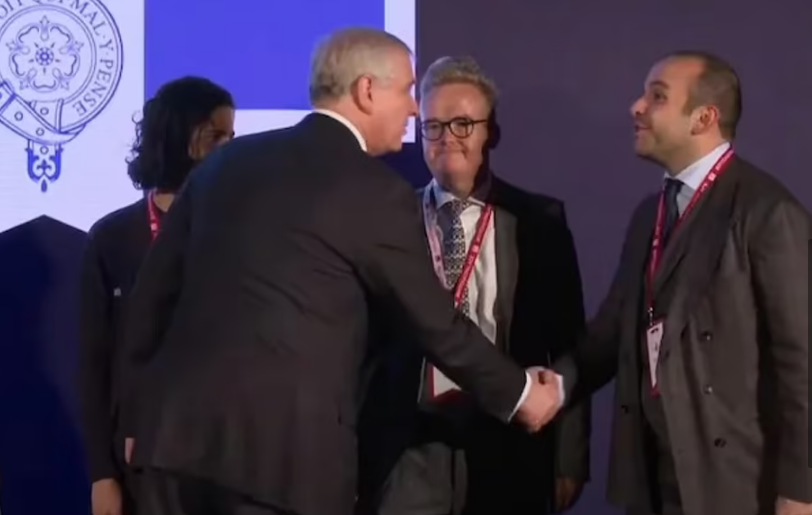 News In English
0
0
A+
A-
Prince Andrew is embroiled in a High Court battle amid claims he was given more than £1 million on the orders of a former Goldman Sachs banker accused of swindling a woman out of her fortune.

The Duke of York and his ex-wife Sarah Ferguson have been named in the legal case brought by Nebahat Isbilen, who claims she lost almost £40 million after being conned by Selman Turk.

Mrs Isbilen says she needed help to get her assets out of Turkey, where she says her husband is a political prisoner, and paid a £750,000 “gift” to the Duke believing she was paying for assistance in getting a passport.

She says Mr Turk was responsible for directing payments, at a time when he was claiming to work on her behalf.

Mr Turk was given a People’s Choice Award in 2019 through Prince Andrew’s Pitch@Palace entrepreneurship programme, at a lavish ceremony at St James’s Palace.

News of the payments emerged through a ruling by David Halpern QC, sitting at a deputy High Court judge, after a series of orders were made in the case including a £40 million worldwide freezing order against Mr Turk.

He referred to “detailed and impressive” statements by Mrs Isbilen’s lawyer, who had set out the allegations of “serious breaches” by Mr Turk when he was allegedly acting for the millionaire.

“The money was used for purposes unconnected with Mrs Isbilen, e.g. substantial sums were paid to Prince Andrew Duke of York, and to Sarah, Duchess of York.”

Mrs Isbilen has alleged that Mr Turk “breached fiduciary obligations he owed to her” and “advances claims in deceit”. Mr Turk denies the allegations and is fighting the case.

Judge Halpern said barrister Dan McCourt Fritz, representing Mrs Isbilen, had told him that the “total sums which his client claims were misappropriated” amounted to some 50 million US dollars (about £38 million).

“Mr Turk has provided explanations for approximately two thirds of these sums, most of which have been allegedly spent on professional or other fees or lost in bad investments,” the judge added in his ruling.

“No explanation at all has been given for the remaining one third.”

Prince Andrew has not commented on the court case. He is not accused of involvement in fraud. A spokesman for his ex-wife told the Daily Telegraph: “The Duchess was completely unaware of the allegations that have since emerged against Mr Turk. She is naturally concerned by what has been alleged against him.”