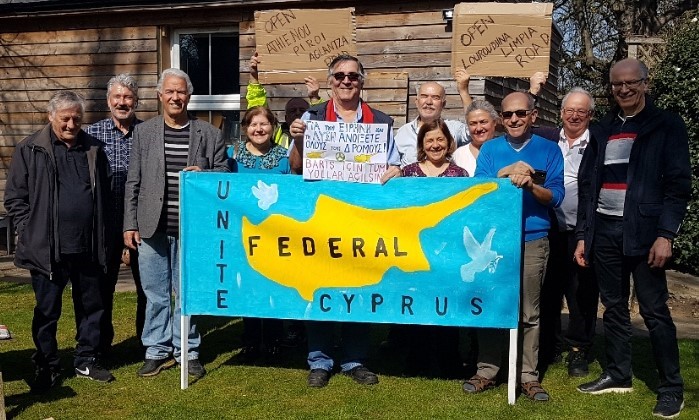 A group of Turkish Cypriot and Greek Cypriot democrats and peace activists based in London came together to support the bi-communal peace demonstrations across Cyprus on Saturday, March 26.

The meeting in London was held simultaneously with 108 Cypriot organizations actively participating in the two marches on both the South and North of Cyprus.

More crossing points on the Green Line and the resumption of bi-communal negotiations for a permanent solution on the island was the common demand of the demonstrations held under the banner “Open All Avenues for Peace and Solution”.

In a press release the group said: “They confirm that our strategic goal remains to be the solution of the Cyprus problem through a bi-communal, bi-zonal federation solution with political equality, as stated in UN Security Council resolutions. A solution to the Cyprus problem must ensure a single state with a single sovereignty, a single international personality and a single citizenship.