Paramedics attacked on the street 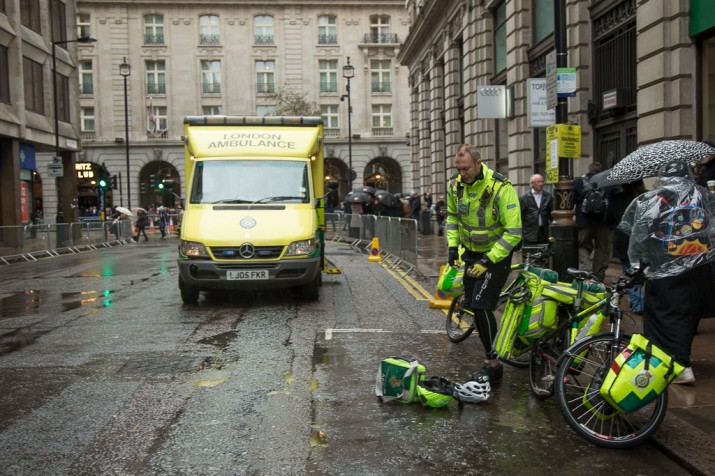 Ambulance crew in London were attacked five times in just four days last week, including one occasion when a paramedic’s throat was grabbed.

The latest incident occurred on Sunday, when a medic helping a man with chest pains by the side of the busy North Circular Road was accosted by a passer-by.

The man grabbed the paramedic by his throat, pushing and almost shoving him under a car. It later emerged the man disagreed with the way the ambulance was parked.

Fortunately a second ambulance crew arrived for the patient, and they were able to call for police back-up. The violent passer-by was arrested.

It was the latest in a series of incidents over the last week, which began with a medic having hot water thrown over her as she tried to care for a patient in West Wickham on Thursday.

The following day, a paramedic was punched in her stomach by her patient in Lewisham.

On Saturday, 15 November, a patient in Fulham tried to kick, punch and bite an ambulance crew and later that weekend, a woman in Battersea kicked the team who were trying to help her, trying to bite and scratch them.

London Ambulance’s director of operations, Jason Killens, said: “Attacking my ambulance crews as they go about saving lives in the capital will not be tolerated under any circumstances.

“Medics are already under a great deal of pressure. It is completely unacceptable that they should also face the risk of assault when they go to assist members of the public.”

Jason said: “There is at least one attack a day on ambulance crews in the capital – which is completely unacceptable.