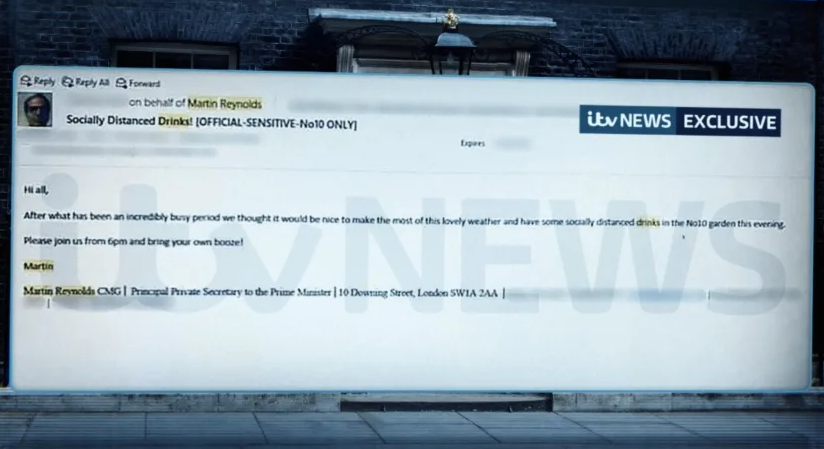 Police are in contact with the Cabinet Office after a leaked email ‘showed 100 Downing Street staff were invited’ to a party allegedly held in the first lockdown.

Boris and Carrie Johnson are accused of attending the event along with roughly 40 others on May 20, 2020 – when Brits were banned from meeting more than one other person outdoors.

A spokesman for Scotland Yard said: ‘The Metropolitan Police Service is aware of widespread reporting relating to alleged breaches of the Health Protection Regulations at Downing Street on May 20 2020 and is in contact with the Cabinet Office.’

The Prime Minister’s Principal Private Secretary Martin Reynolds is said to have sent the email which ‘encouraged staff to make the most of the lovely weather’.

First seen by ITV, it reads: ‘Hi all, After what has been an incredibly busy period it would be nice to make the most of the lovely weather and have some socially distanced drinks in the No10 garden this evening.