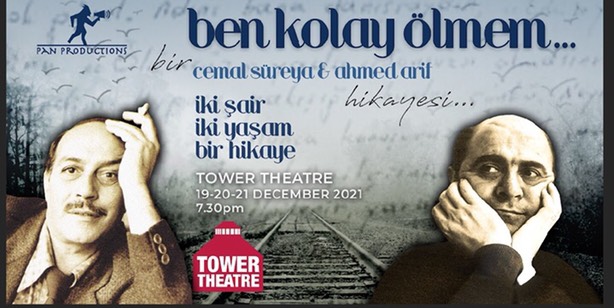 “BEN Kolay Ölmem” (I Don’t Die Easily) which received great acclaim and sold out when it was exhibited at the Arcola Theatre, is back on the stage at the Tower Theatre in London.

Bringing together the two great masters of Turkish poetry, Ahmed Arif and Cemal Süreya, “I Don’t Die Easily” will meet with its audience at the Tower Theatre on December 19-21-21-22, after being staged in seven cities in Germany and the Netherlands.

Written by Ali Has, the story of Ahmed Arif and Cemal Süreya’s lives, their struggles and their love, “I Don’t Die Easily” sheds light on the moments when the two poets intersect. 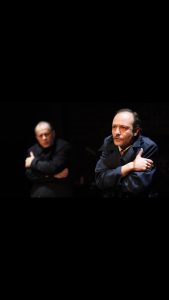 Actor Cüneyt Yalaz plays Ahmed Arif and Cemal Süreya is portrayed by actor Göktay Tosun. The music  was composed by Vedat Yıldırım and Cansun Küçüktürk, whom we know from the band Kardeş Türçiler and Bajar and will be will be performed live on stage.

Nesimi Kaygusuz, the director of the play produced by Pan Productions, invites all theater lovers to the play by saying “We either live our dreams or our fears”. Tickets can be purchases tickets for “I Will Not Die Easy”, which will be performed at the Tower Theater on 19-20-21-22 December, at https://www.towertheatre.org.uk/perish-2/.