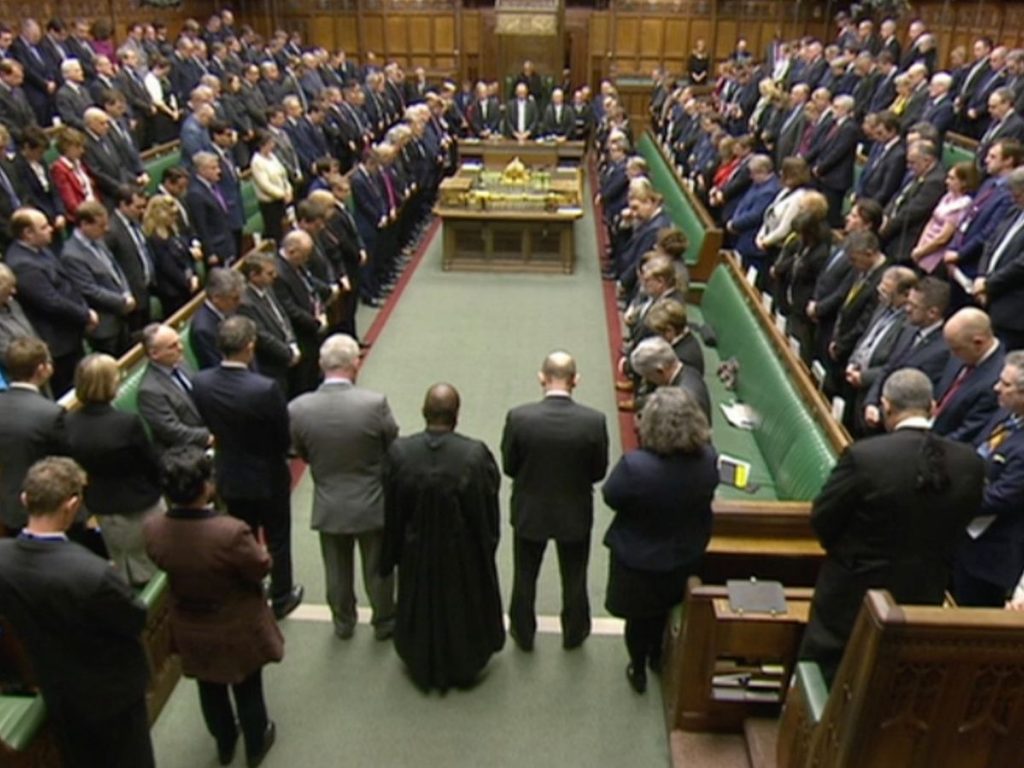 Mp’s gathered in parliament today(Monday 18th October) where a minute’s silence is being held to remember Sir David Amess.

Tricia Hillas, the speaker’s chaplain, said: “May the bright memory of his rich life ever outshine the tragic manner of his death.”

Sir Amess was stabbed to death on Friday in a suspected terrorist incident just five years after Labour MP Jo Cox was murdered in her constituency by a far-right extremist.

The 69, the Conservative MP for Southend West, had been meeting constituents when he was stabbed multiple times. A 25-year-old British man, Ali Harbi Ali, is being held under the Terrorism Act.

Speaker of the House of Commons Sir Lindsay Hoyle tells MPs: “I am sorry the house is returning in such tragic circumstances.”

He says “we have lost two outstanding friends and colleagues”, after Sir David Amess and James Brokenshire both died last week.

He says MPs “will share my deep sadness at their loss” and will send their “heartfelt condolences” to their families.

The circumstances of Sir David’s death were despicable, he says.

He says he gives the house is undertaking to do everything in his power to ensure the issues raised by it are treated with the sense of priority they deserve, he adds.

MPs will be able to pay tribute to Mr Brokenshire after PMQs on Wednesday, he adds.

Priti Patel says his killing “is a terrible and sad moment in our history and an attack on our democracy”, as well as “an appalling tragedy”.

He tells MPs: “He will be greatly missed.”

He said he was on last week’s trip to Qatar with Sir David, where they met Afghan refugee children whose families are in the UK.

He asks what can be done for them.