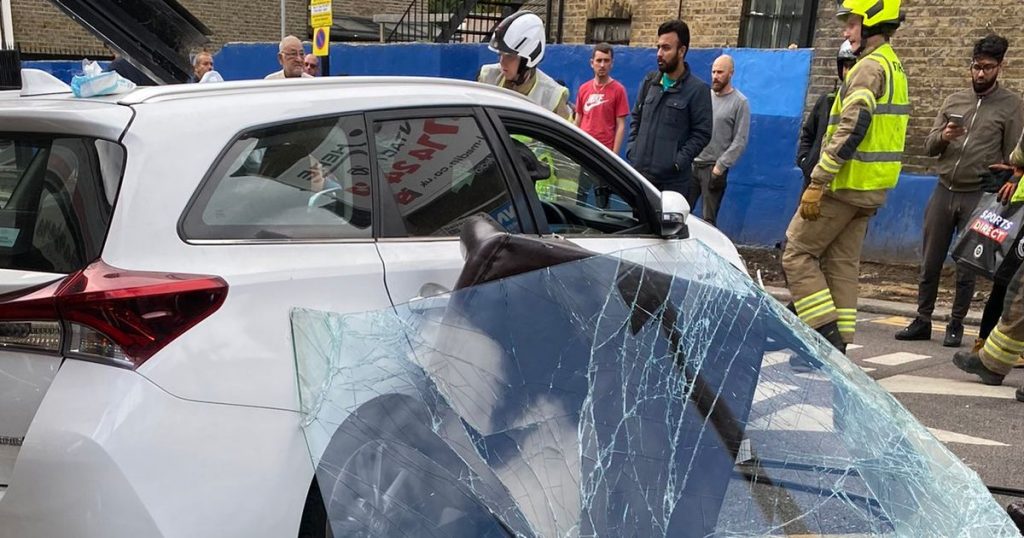 News In English
0
0
A+
A-
Paramedics have treating five people injured after reports of a car crashing through a barbershop in Walthamstow.

One woman was covered in blood, according to witnesses, who also pulled out an injured hairdresser through the smashed window of Prestige Barbers in Hoe Street, east London.

The driver of the White Prius is believed to have ploughed through the barbershop floor and out through the other window, according to witnesses.

London Ambulance Service (LAS) said they were treating five people injured in the crash at around 1.50pm on Thursday.

The 65-year-old driver has not been arrested.

LAS tweeted: “We treated five people at the scene of this incident in Walthamstow – where a vehicle collided with a building – and took all of them to hospital, three as a priority. Our crews have now been stood down from the scene.”

A Met police spokeswoman said: “Officers, along with colleagues from the Ambulance Service and the London Air Ambulance Service, attended the scene and immediately provided first aid to the 65-year-old driver and others at the location.

“All injuries are not believed to be life-threatening.

“A number of road closures are in place.”

Anyone with information please call 101 or tweet @MetCC quoting 3761/14Oct.