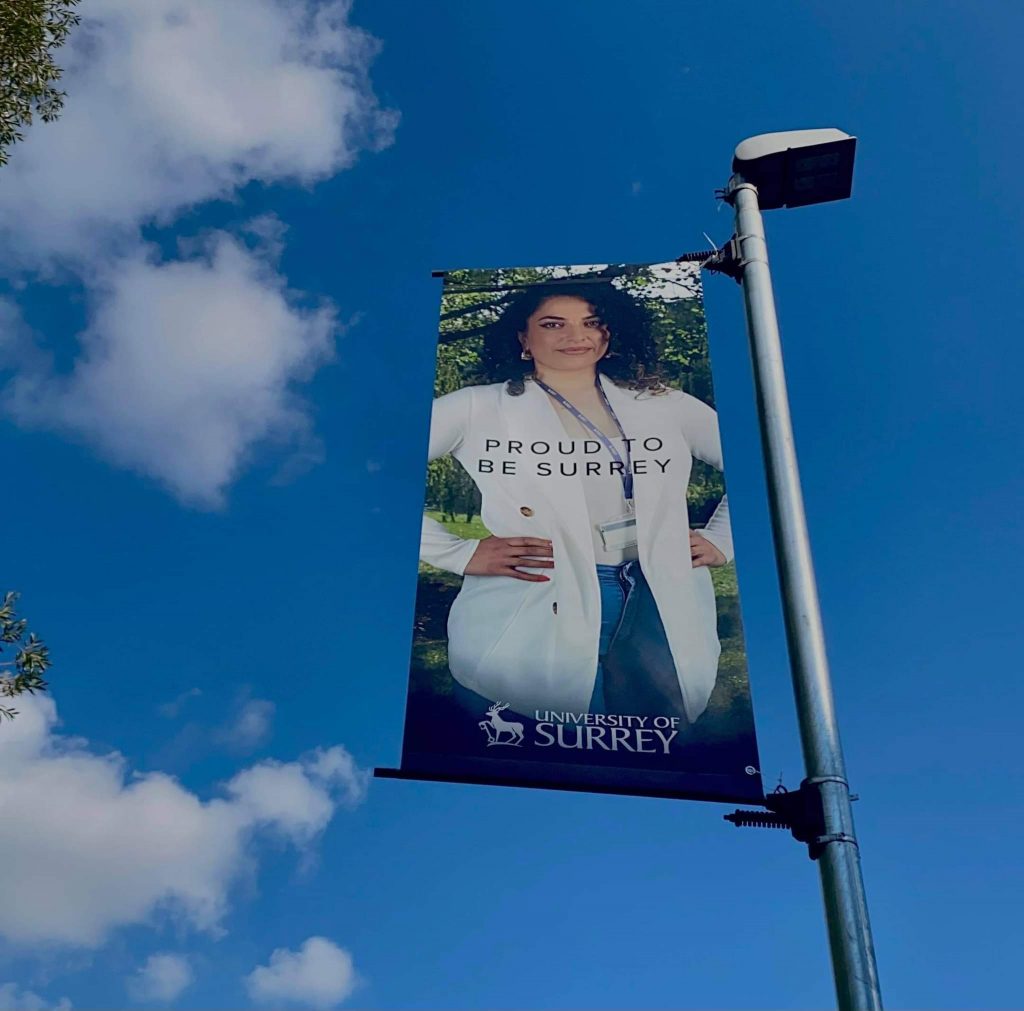 TURKISH Cypriot Ayşe Gürpınar, who has been studying at the University of Surrey in the Guildford region of England for 3 years and graduated from the Department of Biomedical Sciences with First Class, achieved great success at the age of twenty.

While preparing her Undergraduate Program Graduation Thesis, Ayşe Gürpınar, who was followed closely by Changhao WU, successfully presented her thesis, which she prepared as a result of her successful, disciplined studies and meticulous research, and as a result of her high success, she was entitled to start the Doctorate Program directly without doing a Master’s.  Gürpınar was accepted to the Regulation Of Bladder Urothelium Function by Oxydative stress (aging and bladder diseases) Doctorate Program.

Gürpınar, as a twenty-year-old Turkish Cypriot youth, said that the education system of Cyprus has prepared young people very well for studying in the education system abroad, and that she will represent both herself and Turkish Cypriot youth in the best way during her doctoral education, which will start in October. She thanked her family, who stood behind her and supported her in this process, saying that she started with the idea that fame should take place in science, that she always believed in herself and worked diligently on this path, that anyone who believes in themselves can be successful wherever they are in the world.