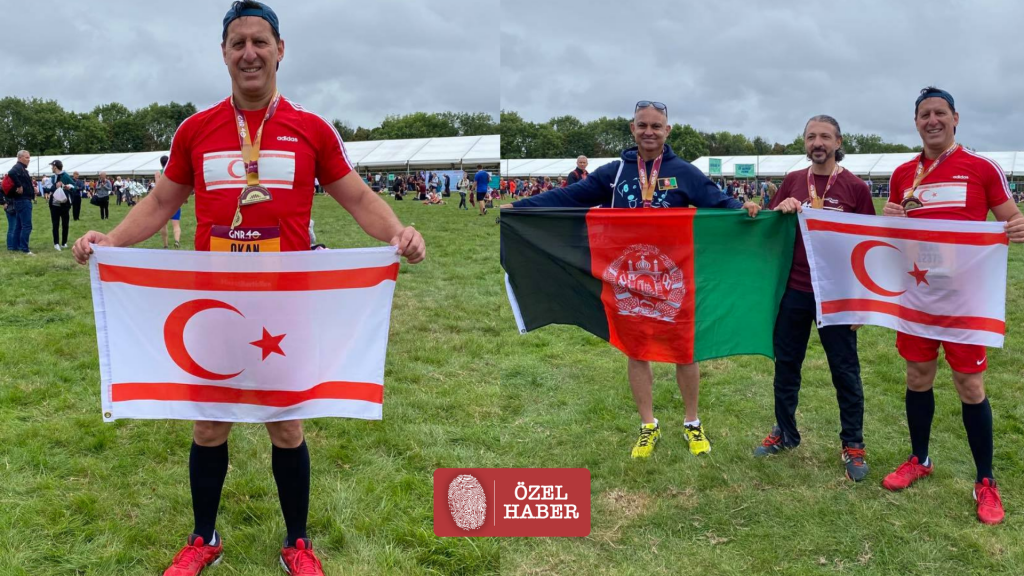 THE Great North Run (GNR) celebrated its momentous 40th anniversary this year on Sunday 12th September 2021. GNR40, which was postponed last year due to Covid restrictions, brought 57,000 runners together to mark four decades of the iconic event on a re-designed route, starting and ending in Newcastle.  Our honrary national runner Okan Baysan also particapated in the GNR maraton held in Newscastle.

Speaking to Londra Gazete Okan Baysan made the following statement: ‘‘The GNR is the world’s largest half marathon, attracting runners from all over the world. Nissan was the official partner in this year’s event, and, the GNR was started by four NHS heroes who worked though the pandemic. Participating for the 5th time this year, I was very proud to run with my Turkish Cypriot identity amongst other British and international runners and fly our flag. It felt amazing to raise awareness throughout the run and it certainly gauged a lot of interest from the locals and participants alike. I am already looking forward to next year’s GNR, which will be held on 11th September 2022.’’