Why is Turkey still on the red list for UK travel? 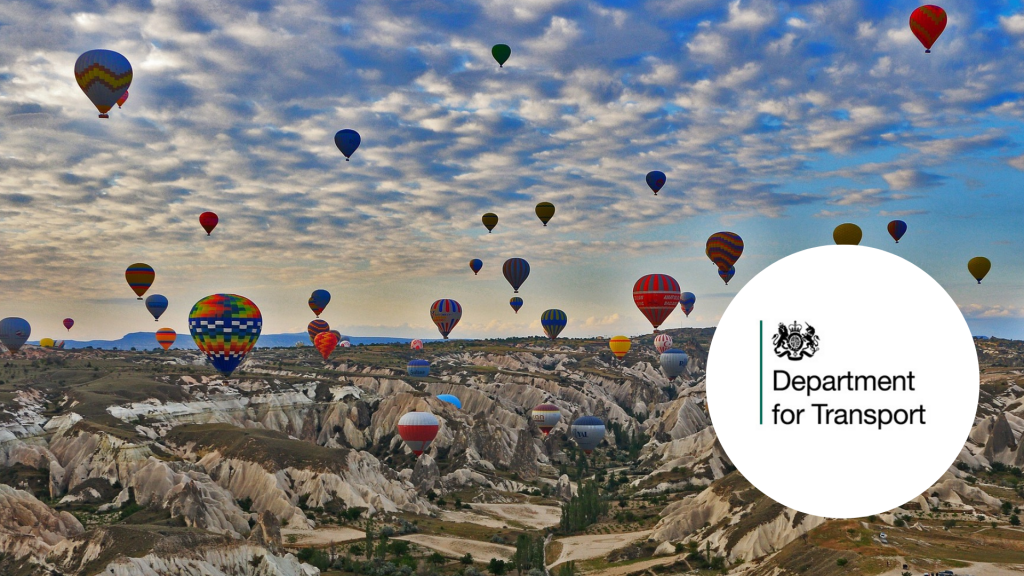 We asked the Department of Transport (DFT) why Turkey is still on the red list, as anger grows over the decision.

India, Bahrain, Qatar and the United Arab Emirates were all moved from the red list to the amber list, opening them up to vaccinated visitors in the last travel review on August 4th.

It has been 12 weeks since Turkey was added to the red list where it will stay for the next 3 weeks.

Putting a damper on anyone who hoped to travel over the summer holidays, the country is not just a favourite with the Turkish Speaking Community in the UK but also one of the most popular holiday destinations among Britons.

When asked why Turkey still remains on the red List a DFT spokesperson said to Londra Gazete: “Our international travel policy is guided by one overwhelming priority – public health – and traffic light allocations are based on a range of factors including genomic surveillance capability, transmission risk and Variants of Concerns.”

The country is battling a third wave of infections, though this spike is still well below the second peak of over 60,000 infections per day back in April.

Two-thirds of adults have now received at least one dose of the vaccine in Turkey, and just under half have received both jabs.

When can we expect a change?

Data published alongside the reviews by JBC supports Ministers’ decisions. However, the data published does not show why those countries like Turkey have been once again unchanged, making it unclear what the exact reasons are that Turkey remains on the red list is based on.

The next travel review on 25 August, many are now saying the 15 September review may be a realistic target.

How much to quarantine?

The cost of quarantine hotels in England will shoot up by more than £500 later this month.

The charge for an additional adult (or a child aged 11 and over) sharing a room is more than doubling from £650 to £1,430 to ‘better reflect the increased costs involved’, the Government said.

On Thursday morning Transport Secretary Grant Shapps was questioned by Good Morning Britain as to why countries like Indian has been moved on to the amber list but not Turkey.

When quizzed by the present who said: “India being put on the “amber list” and Turkey still being on the “red list”. Lots of people would rather go on holiday to Turkey than India. There is a lot of frustration and people are wondering whether that is a political or an economic decision, rather than actually based on the science of what’s happening in those individual countries. Briefly, is there a way you can explain that to our viewers as to why India is now open and Turkey is still closed?” 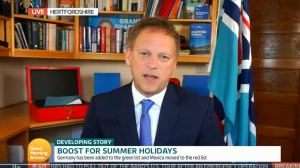 happs said: ” Sure. The first thing I should say, all of these decisions are always based on the science. So what we will do is ask the Joint Bio-security Centre to look at not just the provenance but also the number of people that have been vaccinated, also the variants in that particular country. Also, the data, and where it’s simply uploaded in an internationally recognised format some call it GISAID, a place where countries should update their data, where countries do that it makes it easier to bring them on to the “amber list”. It will be a combination of those things that have prevented so far Turkey from appearing on the “amber list”. I hope it won’t be too long. But I don’t know, we will have to wait for the JBC to advised US.”

The Turkish Culture Affairs and Information Office in London have been contacted for confirmation of Turkey’s participation in the GISAID – the international data sharing format.

When you arrive in England you need to follow the rules for the highest risk country or territory that you have been in or passed through in the previous 10 days. That can include transit stops.

This will affect any travellers returning from North Cyprus via transit from Turkey, a security check is carried out in the airport terminal during transit this will a mean they have entried in or passed and

On the Gov.uk website it says; “The rules of a country or territory that you make a transit stop in could apply if:

Making a transit stop would not affect what you have to do on arrival in England if, during the stop:

This applies whether you stop in the country or territory or not. You need to record the countries and territories you drive through on your passenger locator form.”