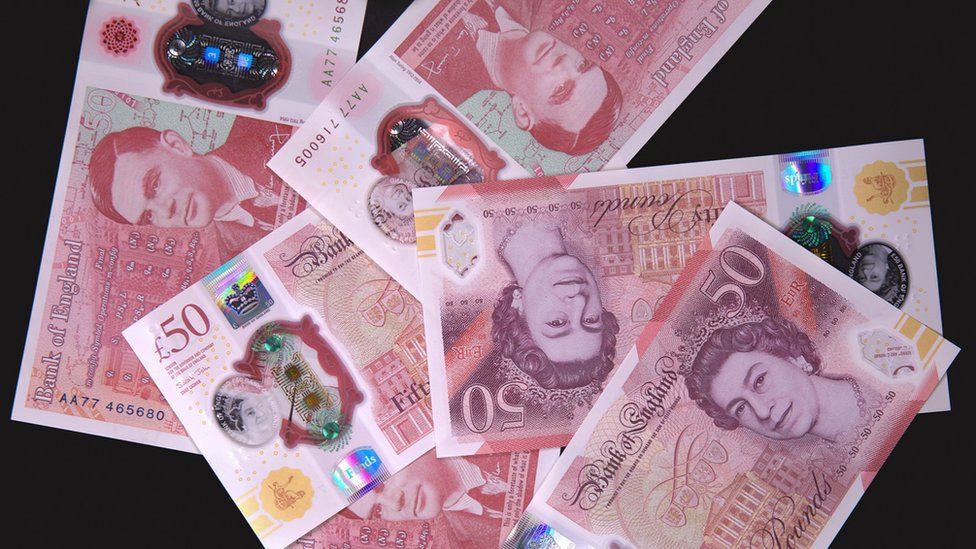 The Bank of England’s newly-designed £50 note featuring the portrait of Alan Turing has entered circulation.

The release date coincides with what would have been the computer pioneer and wartime codebreaker’s birthday.

It means the Bank’s entire collection of currently-printed banknotes is made of plastic for the first time.

Paper £50 and £20 notes will no longer be accepted in shops from October next year, although post offices will still exchange them.

The Bank of England’s own counter can also swap any old notes for their face value.

De La Rue banknote printing plant in Essex, where the new Bank of England note is being produced, as many as five million new banknotes can be produced in a day, with 1.3 billion rolling off the machines in a year. Various currencies are produced at the site and the notes are sent to countries around the world.

The £50 note is the least frequently used of the Bank’s collection. Its future has been called into question in the past, with one review describing it as the “currency of corrupt elites, of crime of all sorts and of tax evasion”.

However, there have still been 357 million of them in circulation this year – the equivalent of one in 13 banknotes.

“They are used more often than people realise,” said the Bank of England’s chief cashier, Sarah John, whose signature is on the note.

“A lot of tourist spending is dependent on £50 banknotes. They are also used as a store of value.”

The old, paper £50 banknotes – first issued in 2011 are no longer being produced, and will be withdrawn by the end of September next year.

The polymer versions should last two-and-a-half times longer than their predecessors, are harder to forge, and should also survive a spin in the wash.