Thousands of young Londoners vaccinated over the weekend 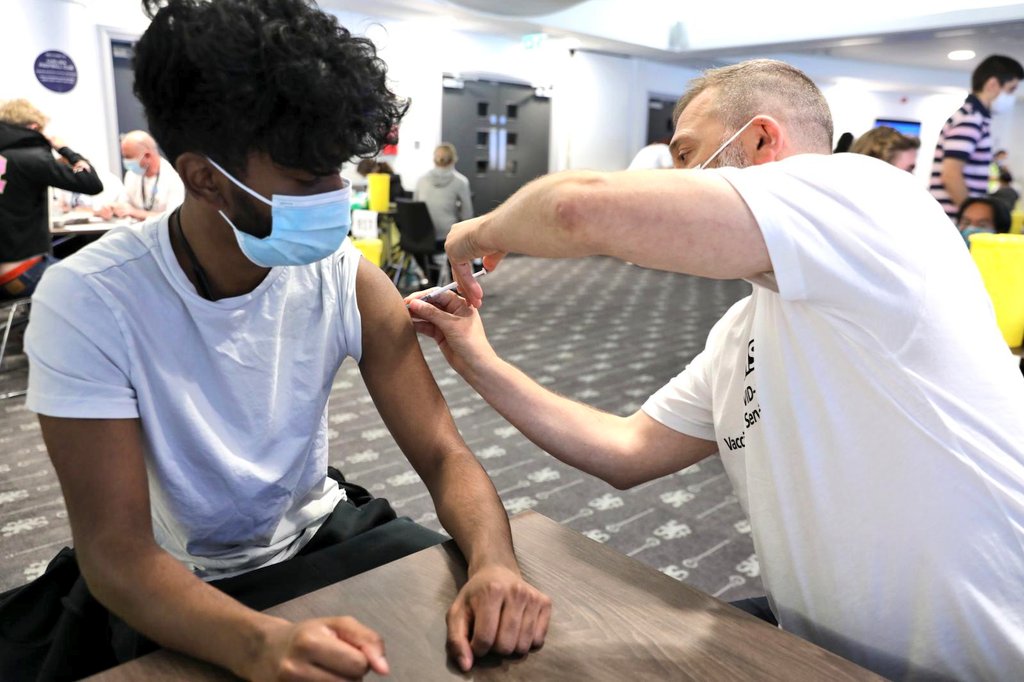 Londoners received tens of thousands of Covid jabs in just a few hours over the weekend as football grounds in the capital were transformed into mass vaccination centres.

Huge jab clinics have been set up at the London Stadium, Stamford Bridge, the Tottenham Hotspur stadium, Charlton Athletic, and Selhurst Park all host vaccine events.

Smaller events are taking place in community venues in a drive to vaccinate as many Londoners as possible on what has been dubbed a “super Saturday”.

Young people in the capital had been urged to book vaccination slots as Covid-19 cases are soaring among children and young adults. The number of people infected with the virus is increasing rapidly in England, doubling every 11 days.

The mayor of London, Sadiq Khan, said he was delighted to visit Chelsea’s ground at Stamford Bridge, where 6,000 Pfizer vaccines were available on Saturday to all adults over the age of 18 yet to receive a first dose, as well as those who were waiting to get a second Pfizer shot.

At the Queen Elizabeth Olympic Park, the home of West Ham, there were 15,000 doses waiting to be administered.

“Chelsea FC, West Ham at the London Stadium, Tottenham Hotspur FC, Charlton Athletic FC, are hosting large-scale pop-up clinics, and there are a huge number of events taking place in local community centres, so that as many people as possible get convenient access to the life-saving Covid jabs,” Khan said.

The vaccines minister, Nadhim Zahawi, tweeted: “This is an incredible effort by the whole London team. Happening across the City at Spurs, Arsenal, Charlton and West Ham too. Come on London let’s get vaccinated!”