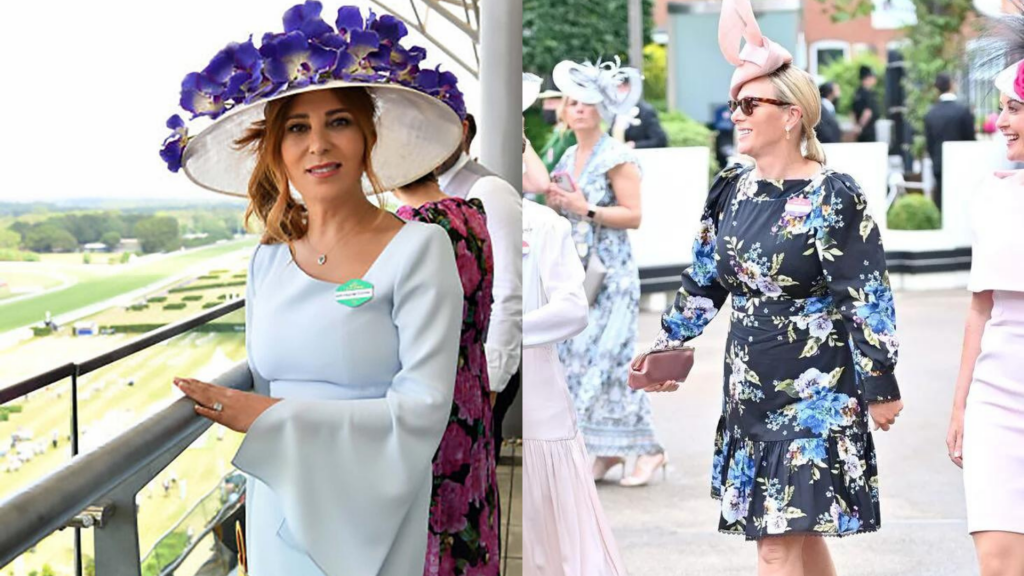 The Royal Ascot, one of the highlights of the racing calendar, this year has seen Turkish designers make a statement at the races.

The Royal Ascot started on Tuesday (June 15) and will finish on Saturday (June 19) and the Queen has only ever missed one Royal Ascot during her time as Queen—in 2020, when Royal Ascot was held without an audience due to Covid-19. It said this year, while there is time for her to make an appearance it is likely she will not be attending the races.

However, Royal Ascot 2021 kicked off with thousands of guests dressed to the nines to flock to the famous racecourse for the annual event.

Including members of the royal family with Prince Charles, the Duchess of Cornwall, Prince Anne, Prince Edward, Countess of Wessex, Peter Phillips, Zara Phillips and her husband Mike Tindall.

On Thursday the Queen’s first granddaughter Zara Phillips wowed in a floral dress in ERDEM by designer Erdem Moralioglu MBE.

Tindall is said to be among this year best-dressed attendees, who looked effortless in a black floral puff sleeve dress, RayBans shades and a pale pink fascinator.

This year’s race has also seen designer Zeynep Kartal elected as the Fashion Committee President of The Royal Ascot.

The first-ever Turkish designer to head the Fashion Committee also selected the first-ever Ascot Racecourse fashion design competition has been won by a 17-year-old school pupil using a Samsung Flip.

The winning design by Isobel Butler, from Ranelagh School in Berkshire, was selected and created by Royal Ascot designer Kartal and the hat made by milliner Beverley Edmondson.