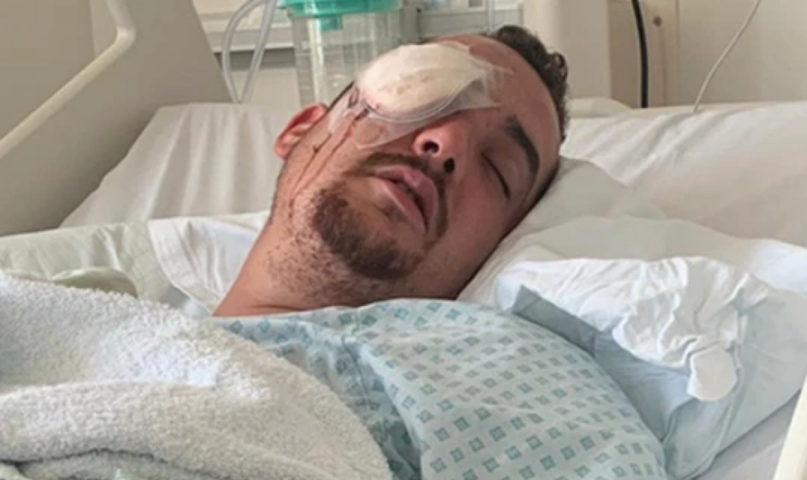 A young father Tarkan Mustafa, is now dealing with life-changing injures after he was attacked on Wednesday 2nd June 2021 on Stoke Newington High Street.

His family has set up a Go Fund Me page saying “The injuries he sustained that evening have left a devastating and life changing effect on him not only physically but mentally. His injuries include a ruptured eyeball which he has had to have major surgery on to try and save but has also left him blind in his right eye, he now has to endure another major surgery to rebuild his cheek bone and eye socket and will also need a prosthetic eye.

“Tarkan as a self employed builder is no longer able to work while he is in recovery for the next 6month to a year which has left him feeling extremely stressed and worried as he can no longer provide for his children or his self and as his only living family we feel it is our duty to help him through this very hard time but we cannot do it alone so we have decided to set up this page. Anything you can donate will be very much appreciated and will help Tarkan to relax and concentrate on his recovery and get him back to his much loved job. Thank you for reading ”

Described as “happy, carefree, fun loving brother and father to two beautiful young children” Tarkan now face uncertainty over how he will support his family.

Speaking to the Metro,  Tarkan explained that he was talking with a friend outside a chip shop on Stoke Newington High Street at around 7pm on Wednesday, June 2, when a young man wearing a white theatrical-style full face mask raised on top of his head walked into a nearby shop.

Tarkan tried to joke with the man, who had another mask lowered on his chin, that they wouldn’t let him in if he didn’t follow the rules.

However the attacker took offence, and between five and 10 minutes later he and an accomplice chased the victim and his friend as they walked away from the situation.

‘We were walking down the road to another chip shop to try and take the sting out of the situation, but out of the blue they ran after us and started attacking me. One of them hit me and they started throwing chairs.

‘I tried to defend myself but they charged into me. One of them hit me in the eye and I stumbled back. I heard one of them say, “I done him”.

‘One of the witnesses has since said that he had some kind of implement in his hand, I don’t know what it was, it could have been a knife or a pole or knuckleduster, but that’s what he hit me in the face with.

‘It’s left me with a ruptured eyeball and fractured my eye socket.

‘Just from trying to be friendly I’ve suddenly been attacked. I’ve done nothing wrong, I’ve said nothing wrong and I was walking away, they were just out looking for trouble.’

Both men, thought to be aged in their 20s, ran off after the attack.

The self-employed builder spent five days in hospital and needed surgery, and has been told by medics that he will never see out of his right eye again. He is due to have a prosthetic replacement fitted and a metal plate inserted in his cheekbone.

Tarkan finally said in his statement: “Some days are better than others. I have no income and I am worried about supporting my family.”

To donate or find out more information you can visit the gofundme page set up: https://uk.gofundme.com/f/tarkans-story