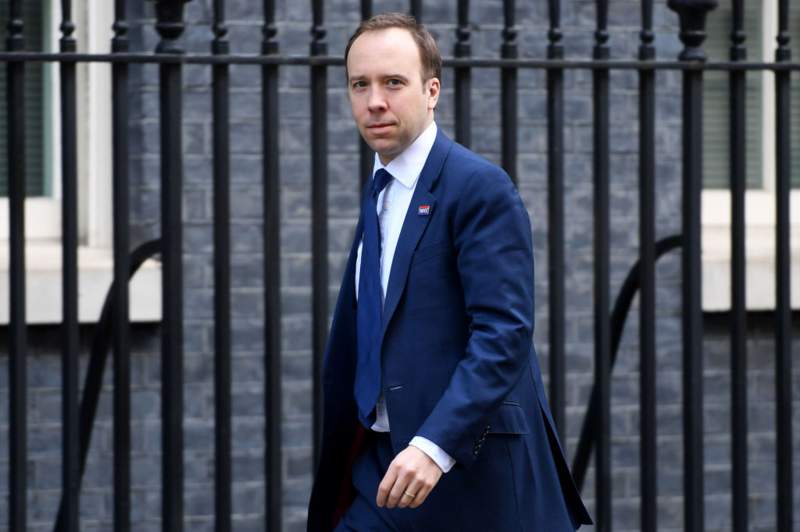 Matt Hancock brushes off reporters questions over the published expletive-laden messages, said to be from Boris Johnson to Dominic Cummings, in which the PM calls the health secretary “Totally f****** hopeless”.

In a 7,000-word blog, Mr Cummings accused Mr Hancock of trying to rewrite history during a select committee hearing last week which was examining how the government has managed various aspects of the crisis.

He also took aim at Johsnon, claiming he had “lied about failures” during the government’s initial response to the pandemic.

“If No 10 is prepared to lie so deeply and widely about such vital issues of life and death last year, it cannot be trusted now either on Covid or any other crucial issue of war and peace,” Mr Cummings wrote.

Cummings also published another private message about the struggle to procure ventilators for Covid-19 patients.

“It’s Hancock. He has been hopeless,” a contact appearing to be Johnson replies on 27 March last year.

Downing Street did not deny the authenticity of the messages but has said they were “not going to engage” with this claim.

The PM’s official spokesman insisted Mr Johnson has full confidence in the health secretary, saying “The PM has actually been asked this before and said it’s utter nonsense, so that still stands.”

As the Health Secretary drove to the Commons in an official car yesterday for a debate on delaying ‘Freedom Day’, a journalists shouted: ‘Are you useless, Mr Hancock?’