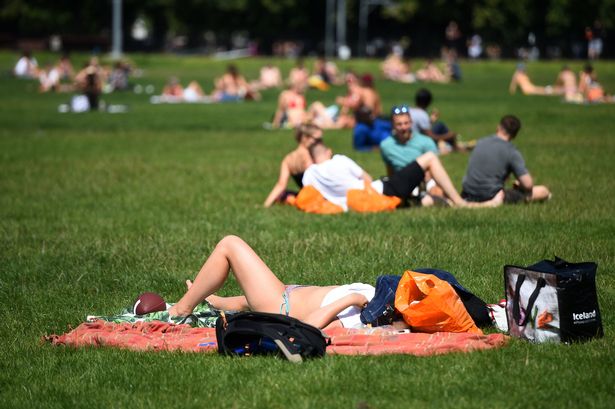 The UK is set to enjoy more warm weather this week – and today could be the hottest day of the year so far.

Temperatures in some parts of the South East could reach as high as 29C (84.2F).

The previous hottest day of the year was on 2 June, when temperatures reached 28.3C (82.9F) in Northolt, northwest London.

Met Office meteorologist Annie Shuttleworth said: “We are forecasting that 29C could be the maximum.

“If we do see that 29C, it would be the warmest day of the year so far and it would be in the South East.

“It will be another day of warm weather and it could be just one degree warmer.”

However, the warm weather is set to continue for a couple more days before it turns wet with the potential of travel disruption.

Some areas could see “intense thunderstorms” with the risk of flooding, with yellow weather warnings issued for large parts of England and Wales from 6pm on Wednesday until 6am on Friday.

There is “significant uncertainty” about the specific location and timing of the thunderstorms but they are expected to move north-east across parts of England and Wales.

Some areas could see 30mm of rainfall in an hour, and others 50mm in two to three hours, but these would be fairly isolated occurrences, forecasters said.