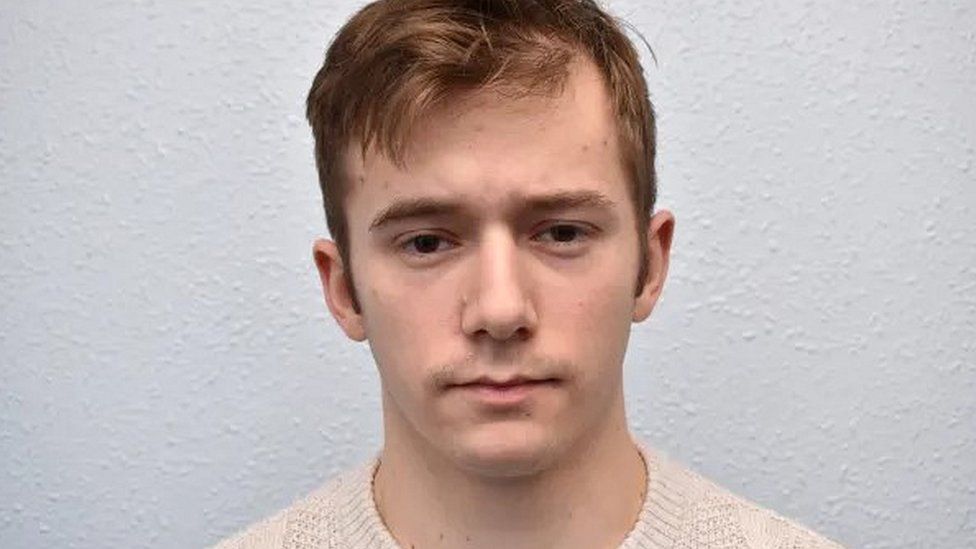 A Met Police officer who was convicted of being part of a banned neo-Nazi terrorist group has been jailed.

Benjamin Hannam was found guilty on 1 April of membership of the extreme-right group National Action, which he left before joining the Met.

The 22-year-old was also convicted of possessing documents useful to a terrorist and of fraud over lies on his police application.

He was jailed at the Old Bailey for four years and four months.

Hannam was the first serving British officer to be convicted of a terrorism offence.

The fraud involved over £66,000 he earned from the Met after joining in 2018, while the documents related to a knife-fighting guide and a manual written by Anders Behring Breivik – the man responsible for murdering 77 people in Norway in 2011.

Judge Anthony Leonard QC said the offences were so serious that only a custodial term was appropriate.

He said the nature of anti-Semitic material held by Hannam was “horrible and deeply troubling”.

Hannam pleaded guilty to one count of possessing prohibited images of children, details of which were read out during the sentencing.

When his home was searched by detectives last year, his computer was found to contain a folder of “anime cartoons” of children and young people Hannam had downloaded.

Hannam was arrested last March after being identified through a database relating to a neo-Nazi web forum was leaked online by anti-fascists.

In his bedroom, officers found an NA business card and badges, as well as writings about his involvement with the group.