BTKD held meeting on women’s rights and violence against women 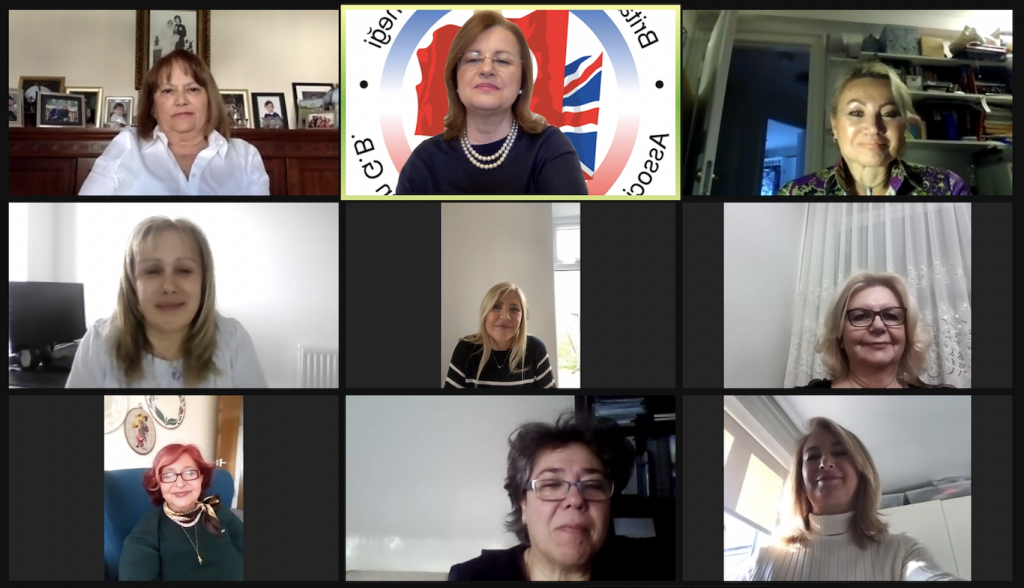 THE Association of Turkish Women in Britain (BTKD) a non-governmental organization based in London held an online event on women’s rights struggle and violence against women in the UK. Guest speaker of the online event, Laywer Aynur Gökıldız, registered at the Bar Association of England and Wales, discussed the legal issues of violence against women and gender inequality in this country.

President Hassan emphasized that women have achieved this success thanks to solidarity, but that there are many more things to do and many obstacles to overcome, so it is important not to take a step back from vested rights.

“Women of all nationalities suffered a lot in order to gain these rights, some died. Thanks to them, we could have a say in civil and political life today. Let’s protect our rights.” Adding “Equality between women and men starts at home, let’s raise our children with this mentality first. It is essential to ensure the equality of men and women for a happy and healthy society.”

Speaking to Londra Gazete, board member Mihrişah Safa explained the effect the pandemic has had in the UK regarding domestic violence.  Safa said that 207 women were murdered in England and Wales last year, and three-quarters of the murdered women were victims of domestic violence. With more than 2.3 million complaints were made to authorities about domestic violence and 55 thousand of them were rape accusations, Safa emphasized that migrant women were in a difficult situation due to lack of language.

Gökıldız said: “The UK is a country of laws, there are many laws that protect women, criminals are highly fined. However, violence against women is still a problem, equality between women and men has not been achieved. A British judge said that even this country needs at least another hundred years to become satisfactory in women’s rights. 175 presidents have been elected in the Bar I am affiliated with, but only 5 of them are women. Even here there is a long way to go ”