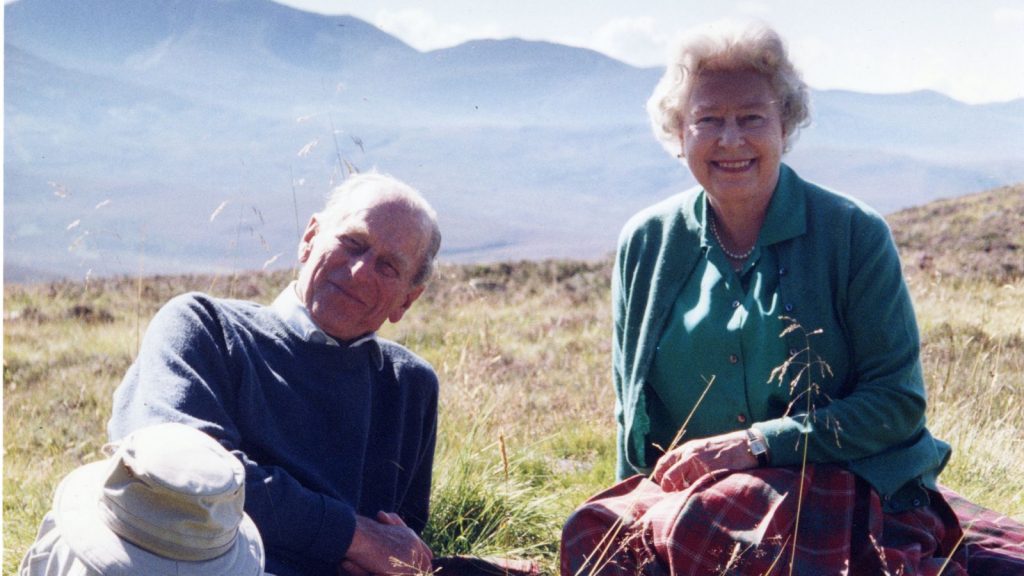 A private photograph of the Queen and the Duke of Edinburgh was released last night ahead of Prince Philip’s funeral today (April 17).

The picture shows the couple smiling together at the top of the Coyles of Muick near Balmoral in 2003.

The previously unseen image was taken by the Queen’s daughter-in-law Sophie, Countess of Wessex, and was posted on the Royal Family’s Twitter feed on Friday evening.

“The Queen wishes to share this private photograph taken with The Duke of Edinburgh at the top of the Coyles of Muick, Scotland in 2003,” the post read.

The picture shows the couple relaxing on the Aberdeenshire hillside during a family holiday, one of many the couple spent together there during their 73-year marriage.

The Queen, 94, chose the image to release to the world as she prepared to say goodbye to the duke, who died aged 99 last Friday.

The funeral will be taking place today at 2.40pm, closed to the public, the proceeding and service will broadcasted live on the Royal Family YouTube channel and across news outlets around the world.
The Queen will sit alone during the funeral, social distancing will be observed, and masks will be worn during the service.
This means no members of the Royal Family will give a reading, and attendees have also been forbidden from singing.

The congregation has been limited to just 30 people due to coronavirus restrictions.

Among the attendees will be the Prince of Wales and his wife the Duchess of Cornwall, the Queen and Philip’s other children, their grandchildren including the Duke of Cambridge and Harry, three of Philip’s German relatives, three of the Queen’s cousins and Philip’s carriage driving companion Countess Mountbatten of Burma.

The Dean of Windsor, David Conner, will conduct the funeral service and give the commendation as the coffin is lowered into the royal vault, where he will be held until the Queen’s passing when their final resting place will be together.