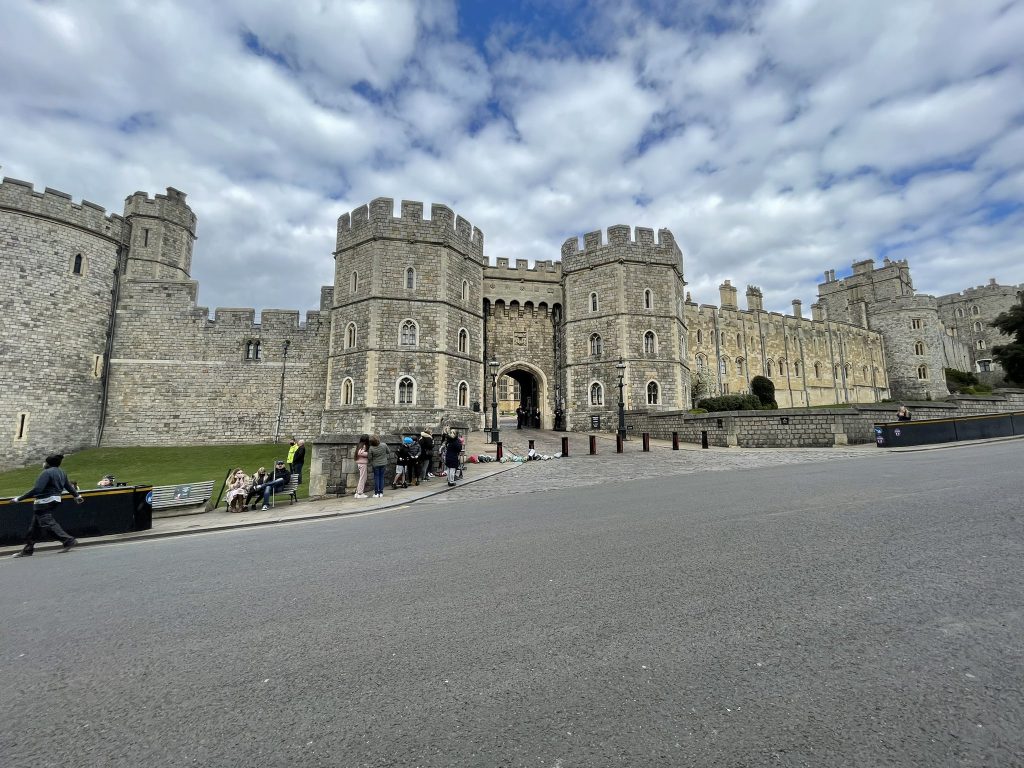 Buckingham Palace has asked the public to refrain from leaving floral tributes to the Duke of Edinburgh.

Dozens of bouquets were laid by mourners after the announcement of Prince Philip’s death at midday.

In a statement, they said ” In accordance with public health advice, members of the public are asked to continue to follow the current Government guidance, not to gather in crowds, and not to visit Royal residences to pay their respects.

During this time the Royal Family ask that members of the public consider making a donation to a charity instead of leaving floral tributes in memory of The Duke of Edinburgh.

An online Book of Condolence for those who wish to leave messages is available on this website.”

The royal website has also been updated paying tribute to Prince Philip.

Royal household staff placed a framed notice announcing the duke’s death on the front gates of the Palace.

But it was removed after an hour to avoid gatherings amid ongoing Covid pandemic restrictions.

The official notice read: “It is with deep sorrow that Her Majesty The Queen announces the death of her beloved husband.”

It confirmed Prince Philip “passed away peacefully this morning at Windsor Castle”.

“Further announcements will be made in due course,” it added.”The Royal Family join with people around the world in mourning his loss.”

A similar announcement was also displayed outside the Palace of Holyroodhouse, the official residence of Queen Elizabeth II in Scotland, in Edinburgh.

Stewards attempted to form an orderly queuing system for mourners but encouraged people not to form a large crowd.

Mounted police reminded those gathered to adhere to social-distancing guidelines and remain two-metres apart from other groups.

The arrangements for the funeral of Prince Philip will be announced by Buckingham Palace in the coming day they have said.

The College of Arms has confirmed that a State funeral will not be undertaken and no public view will be held, saying “His Royal Highness’s body will lie at rest in Windsor Castle ahead of the funeral in St George’s Chapel. This is in line with custom and with His Royal Highness’s wishes.”

Adding “The funeral arrangements have been revised in view of the prevailing circumstances arising from the COVID-19 pandemic and it is regretfully requested that members of the public do not attempt to attend or participate in any of the events that make up the funeral.”

They have also instructed that all official flags, including the Union Flag, will be flown at half-mast from now until 8 am on the day following the funeral.

The Speaker of the House of Commons, Sir Lindsay Hoyle, said: “His was a long life that saw so much dedication to duty.

“Today we must pause to honour him and to offer our sincerest thanks for the Prince’s devout faithfulness to our country – and all the nations shall miss him greatly.”

Northern Ireland’s First Minister Arlene Foster offered her “deepest sympathies” to the Royal Family, Welsh First Minister Mark Drakeford said Prince Philip had “served the crown with selfless devotion and will be sorely missed by the people of Wales and the many organisations he supported”.

The leader of the Liberal Democrats, Sir Ed Davey, said the duke was “a much-loved husband, father, grandfather and great grandfather”, adding: “We will always be grateful for his amazing service.”

Messages of condolence from across the world

World leaders from across the globe have started messages of condolence to the Queen and British Royal Family following the new of the Duke’s passing.

Others offering their thoughts included the Spanish and Belgian royal families.

The telegram from King Felipe and Queen Letizia of Spain was particularly poignant, sending “all our love and affection” to Aunt Lilibet (the affectionate name used by the duke for his wife) and Dear Uncle Philip.

“We shall never forget the moments that we shared with him and the legacy of service and dedication to the Crown and the United Kingdom by your side,” they told the Queen.

Sweden’s King Carl Gustaf was also moved, saying the duke had been “a great friend of our family for many years, a relation we have deeply valued”.

The Dutch royal family said they remembered Prince Philip with great respect, adding: “He dedicated his long life to the service of the British people and to his many duties and responsibilities. His lively personality made an indelible impression.”

Belgium’s King Philippe said he and Queen Mathilde would “always cherish the memories of our warm encounters”. 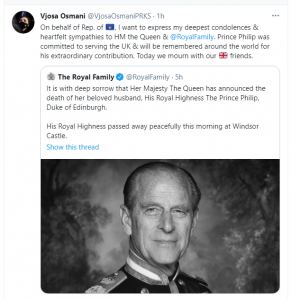 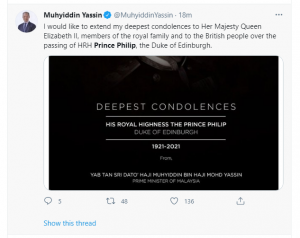