“We do not give up on the Istanbul Convention” 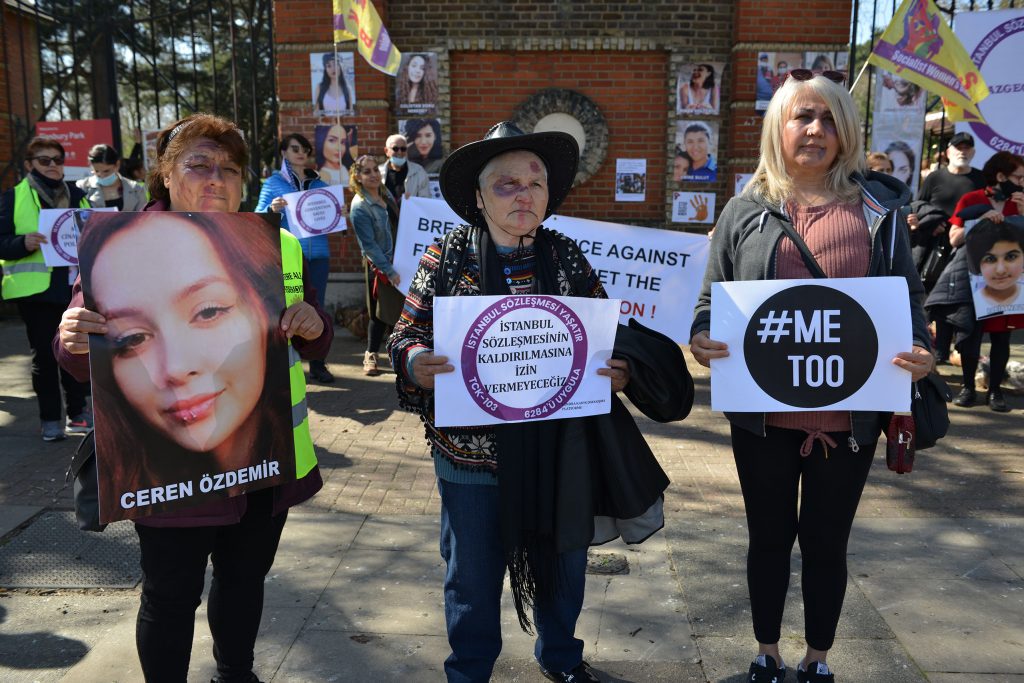 ON Sunday more than 100 women joined together in North London in a show of solidarity for women living in Turkey following the government decision to withdraw from the Istanbul Convention. Standing outside Manor house station protestors showing their unity and support saying “as women living in London we salute the resolute struggle of women in Turkey and we never want them to know they are not alone.”

Selvi Özdemir read a press release in Turkish and English saying: “We salute the resolute struggle of women in Turkey are women living in London and we never want them to know they are not alone. We are using all our facilities here, we will expose the oppression and violence in Turkey. 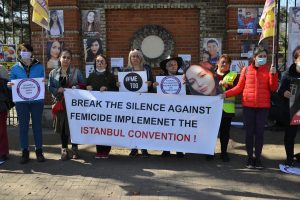 “Male violence is universal and political. Turkey and the ways to combat violence against women all over the world, no excuse and prevent violence from avoidance of discrimination and protection of women against violence, the perpetrators of producing policy against punishment and violence, and it is possible with the execution. By leaving the Istanbul Convention, these have been disregarded and it means not recognizing the obligations of the state in combating violence and condemning women to violence.

“The Istanbul Convention is a right that has been won through women’s struggle… We know well and oppose torture, strip searches, attacks on the identity of the LGBTI + wife, handcuffs on university doors, party closure moves and deputies dropped. 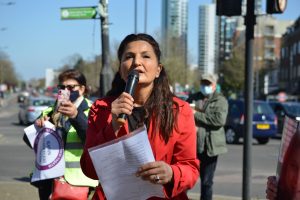 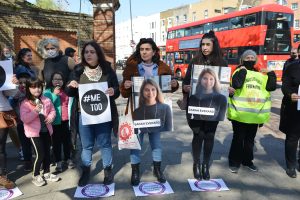