Detectives investigating the murder of a man in Haringey have made an arrest.

He has been taken to a north London police station where he remains in custody.

Police were called to Jarrow Road, N17 at 7.21pm  on Wednesday, 17 February after concerns were raised about an injured man who had been found unresponsive inside a car at the location.

Officers attended with paramedics from the London Ambulance Service and London’s Air Ambulance. 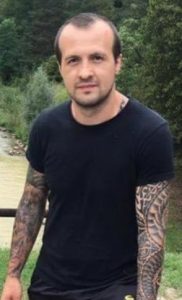 Gabriel Bringye, who was 37 years old and from the local area, was found with an injury consistent with having been stabbed. Despite the best efforts of the emergency services, he was pronounced dead at the scene at 8pm.

The investigation is being led by homicide detectives from the Specialist Crime Command. They would like to speak with anyone who was in the area at the time.

Information can also be provided to Crimestoppers, anonymously, by calling 0800 555 111.