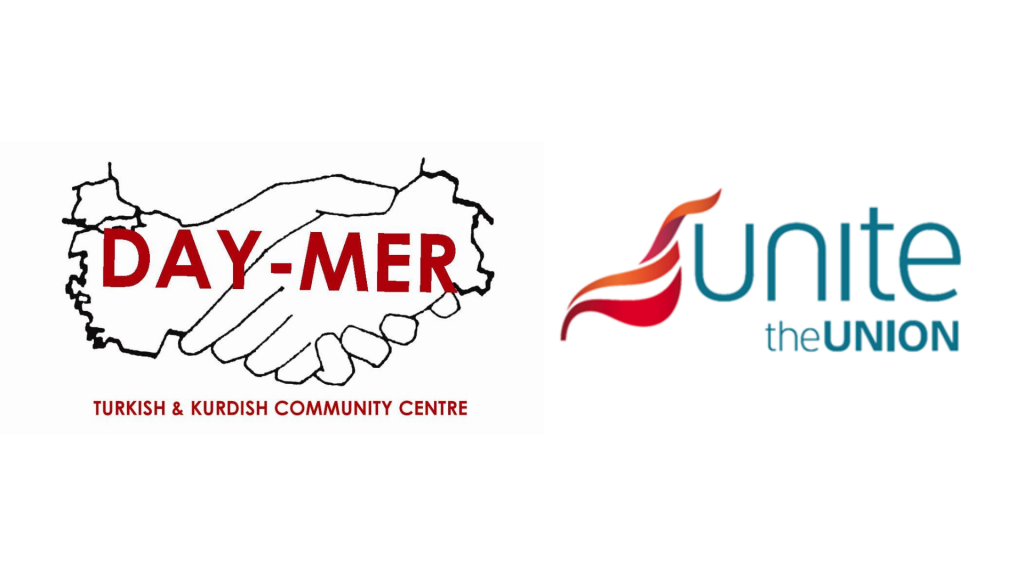 A new campaign has been launched to eradicate pay and employment abuses of members of the Turkish and Kurdish communities in London during the pandemic.

Unite the union has joined forces with community organisation Day-Mer to kick-start a workers’ rights campaign aimed at the Turkish/Kurdish community in the boroughs of Enfield, Hackney, Haringey and Islington.

Unite said the workplace problems identified include abuses of the furlough scheme; failure to pay the London living wage, currently £10.85 an hour; and employers failing to pay contractual sick pay, so workers have to rely on statutory sick pay (SSP) of £95.85 a week, if they have to self-isolate during the pandemic

The areas that the Turkish/Kurdish community work in, include retail and catering, wholesale outlets, hotels, restaurants, shops and supermarkets and on industrial estates in the four boroughs.

A central plank of the campaign is that all employers pay the London living wage.

Unite regional officer Onay Kasab said, “This campaign is long overdue. There is an army of non-unionised, unorganised workers within these boroughs from the Turkish and Kurdish communities. These workers will have been hit particularly hard by the pandemic.

“We have been told of cases where company bosses are claiming furlough, but staff are not seeing the benefits through the protection of wages. There are also companies not paying the London living wage,” he added.

“Very few of the employers that the campaign will target are paying any contractual sick pay – instead, it will be the bare minimum statutory sick pay, a huge issue when workers are being told to self -isolate.

“This campaign aims to ensure that workers are aware of their statutory rights, but it will also be involved in campaigning to improve pay, conditions and safety at work,” Kasab continued.

“A key demand is that where workers have to self-isolate, they must remain on full pay. The campaign will also work to ensure that workplaces take all the appropriate safety measures.”

Day-Mer chair Asli Gul said, “Our boroughs are home to some of the most deprived communities in the UK and we have witnessed deterioration of working conditions of insecure/unorganised workers in our boroughs, particularly migrant workers.

“Workers have suffered significantly throughout the pandemic, often working in unsafe conditions – exposed to the virus with little or no access to paid leave when forced to self-isolate,” she noted. “This has meant that workers in our communities, in our shops, restaurants and warehouses have had no choice, but to continue working or face losing their jobs or homes, and, in some cases, both.

“Many workers also lost their jobs or employers refused to furlough them, leading to many families being left unable to buy food and pay the rent. This must end.”

Meanwhile, Haringey councillor Adam Jogee said, “As a Hornsey councillor, I have seen up close the economic, social and community-minded contribution they make every day and that is why I am delighted to support this campaign. Decent pay, workers’ rights and a safe working environment have never been more needed than now.

“I will continue to work with Day-Mer and Unite the union to stand up for workers from the Turkish and Kurdish communities here in Haringey and across north London,” he added. “I urge members of the community to join a union, to speak up and be counted and to ensure that their voices, views and needs are heard loud and clear by those in power.”

Catherine West, MP for Hornsey and Wood Green, said, “I would like to thank Day-Mer for the important work carried out in the community, to educate, assist and campaign for working people.

“This year with the terrible Covid pandemic, Day-Mer has redoubled efforts to provide the basics in terms of welfare for community members, but crucially has taken a rights-based approach to educate and enable the community to gain access to their rights to furlough payments, housing and health services. Thank you for being on the side of working people.”