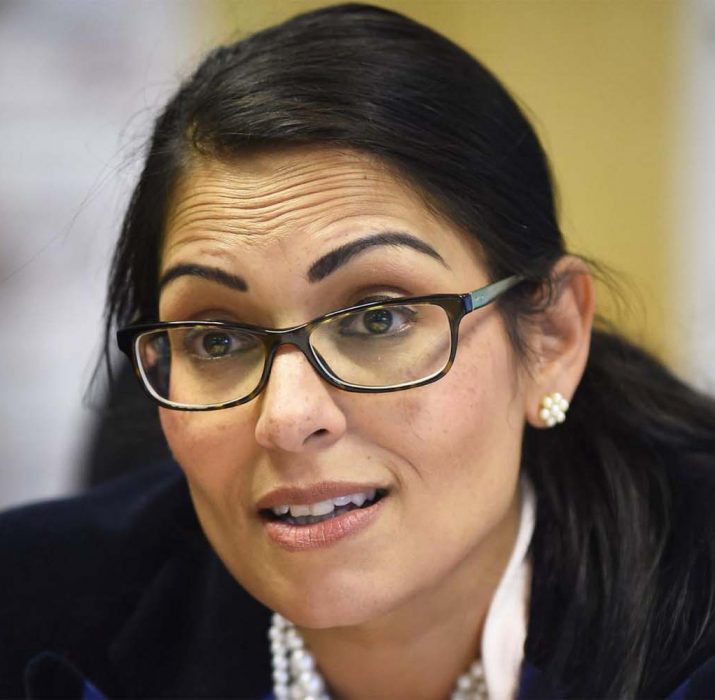 PRITI Patel will give a No10 press conference at 5pm today – where she will put Brits on their final warning to follow lockdown rules or face a tougher crackdown.

The React study by Imperial College London carried out swab tests on 142,900 volunteers between January 6 and 15 and found one in 63 people now have the virus across England – up 50 per cent on the last report in December.

The Home Secretary will beg Brits to follow the rules and may threaten even tougher action if the numbers don’t start to come down.

Ministers are doing regular press conferences to keep the public updating during the third national lockdown – which is due to last until at least the middle of February.

Earlier this week the Home Secretary said it was a “long way” until restrictions can start to be lifted.

She will be accompanied by Martin Hewitt, Chair of the National Police Chiefs’ Council, and Dr Vin Diwakar, NHS England regional medical director for London.

Boris Johnson warned today that the new coronavirus strain is “much more contagious” when questioned whether the lockdown may not be eased until the summer.

The Prime Minister told reporters: “I think it’s too early to say when we’ll be able to lift some of the restrictions.

“We’ll look then (February 15) at how we’re doing but I think what we’re seeing in the ONS data, in the React survey, we’re seeing the contagiousness of the new variant that we saw arrive just before Christmas – there’s no doubt it does spread very fast indeed.

“It’s not more deadly but it is much more contagious and the numbers are very great.”

He said it is “absolutely crucial” to obey the current restrictions “in what is unquestionably going to be a tough few weeks ahead”.