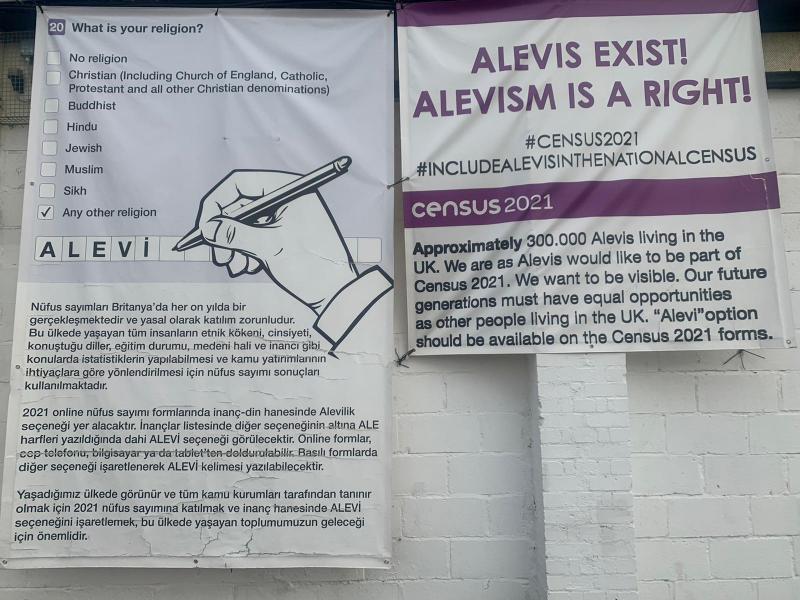 LAST year the British Alevi Federation (BAF), started a campaign calling for the census to recognised ‘Alevi’ as a faith. Calling for it to be added onto the list and for its members to ensure they write down ‘Alevi’ in this year’s census.  Saying that Alevism in the United Kingdom will have an institutional identity and will have the authority of other faiths, just like in Germany, who has recognized as a separate faith.

Speaking to the Independent Turkish about the campaigns, İsrafil Erbil, President of the British Alevi Federation, stated that nearly 500 thousand Alevi’s live in the UK and said: “We want to benefit from this census. Because this is the only way Alevi’s say officially, statistically, we exist. For this reason, in the census to be held next March, a serious Alevi population will write their religious as Alevi on their forms that come to their homes or access online. We want our children to grow up at peace with our faith. Otherwise, children who cannot describe themselves, do not know themselves and cannot master their own cultural richness cannot communicate well with other cultures and may experience traumas in the future. ”

Adding: “…We are talking about 300 thousand Alevis to some sources say half a million Alevis to. Currently, 15-20 of 64 municipal councillors in some councils are Alevis. There are even those who have been mayors among our Alevi members for two terms, one of our deputies are currently in the parliament. We know that more than 60 thousand Alevis live in Enfield with a population of only 450 thousand. So we are talking about a huge number of Alevis living in Scotland and Wales, scattered all over Britain. We have 18 cultural centres and cemev’s. As a federation, we are the umbrella organization of these institutions. We know that Alevis live everywhere, almost even in villages in the UK. And this population now has a problem of being visible, they say “we exist too and we don’t want to be described in terms of other beliefs-other identities.” They say, “If there is going to be a public service, we want to be served by our own beliefs from death to birth.”