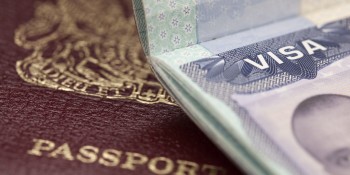 NEW immigration rules will be “simple and flexible”, ministers have promised, as the UK’s points-based post-Brexit system has gone live.

From Tuesday, December 1 all foreign nationals, including from the European Union, who want to work in the UK from 1 January will have to apply online for a visa.

Those seeking a skilled worker visa will need a job offer, to be proficient in English and earn at least £25,600.

Free movement from and to the EU will come to an end on 31 December.

The UK left the EU on 31 January but has been largely following its rules during the subsequent 11-month transition period, as the two sides try to reach agreement over a trade deal.

The cost of applying will be between £610 to £1,408 and people will have to show they have enough money to support themselves as well as having proof of identity.

EU citizens already living in the UK by 31 December and their families do not have to go through the new system but instead can apply to the EU Settlement Scheme, and have until 30 June 2021 to do so.

If they are successful, they will be able to remain in the UK and claim the same benefits as UK citizens if they become unemployed.

Irish citizens do not need to apply to the scheme and will not require permission to come to the UK, as the UK and Ireland are both part of a Common Travel Area.