Angela Rayner:  ‘Thousands’ of labour members could suspend over antisemitism 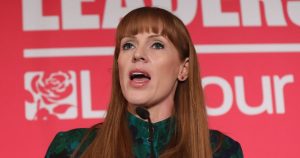 The Labour Party will suspend “thousands and thousands” of members unless they “get real” about antisemitism, Angela Rayner has warned, as an internal row rages over the removal of the whip from Jeremy Corbyn.

Following Sir Keir Starmer’s decision not to allow Mr Corbyn to sit as a Labour MP over his reaction to the Equality and Human Rights Commission (EHRC) report, dozens of constituency parties are reported to have passed motions in support of the former leader – despite the party’s general secretary David Evans banning them from doing so.

Earlier this week, a meeting in Nottingham East with such a motion on the agenda left a Jewish attendee “feeling they had no choice but to leave”, according to local MP Nadia Whittome, who later issued a statement describing the “atmosphere and tone” of the meeting as “wholly unacceptable”.

Responding to the incident during an address at the Jewish Labour Movement’s One Day conference, the party’s deputy leader reportedly told delegates: “I want people to know that there has been suspensions and we’re on it and we are supporting Nadia, the MP there who spoke out and I completely commend her for doing that.

“If they think making people feel unsafe or unwelcome in our meetings is a response to the EHRC report, then they need to be out of our party immediately. People need to understand what our Jewish community have been through.”

According to LabourList, Ms Rayner added: “I feel really, really angry actually that there’s been scenes like that in our CLP meetings.

A Labour spokesperson clarified that Ms Rayner’s comments addressed a wider context of denialism and the safety of Jewish members, rather than specific motions.

Shops in England can open 24 hours a day over Christmas