CTCA’s Documentary Celebrating 100th Anniversary of Migration to be broadcasted

In 2017 Council of Turkish Cypriot Associations UK (CTCA UK) organised a series of events in celebration of 100th anniversary of the arrival of the first Turkish Cypriots to the UK. An important legacy of these efforts is the film “My Heart Belongs to” which features interviews with first-generation Turkish Cypriots, interviewed in 2017 retelling their emotional migration stories. 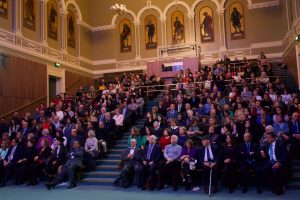 Following the success of the first Turkish Cypriot Culture Festival and Award Night in the UK, the CTCA marked this important immigration milestone with a screening of the film at  Lydia and Manfred Gorvy Lecture Theatre, in the UK’s national museum of Art and design the Victoria and Albert Museum.

The film was accompanied by a photography exhibition entitled The “My Journey from Güvercinlik”, prepared by Semra Eren-Nijhar and featuring photographs from İsmail Veli.

Held on December 9, 2017, the special screening of “My Heart Belongs to …… .100 years of Turkish Cypriot Migration to the UK”tells the stories of Turkish Cypriot immigrants who were interviewed in their homes; sharing their stories and memorabilia from the journey and life in the UK. The film explores reasons for migration to England, the challenges they faced, the contributions they’ve made, and their mixed feelings about leaving their homeland. It draws on interviews from the coordinator and Past President of the CTCA, Leyla Kemal 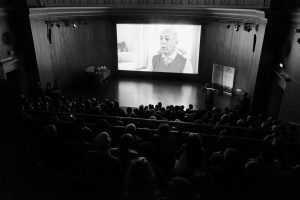 The documentary uncovers the lives of Turkish immigrants from Cyprus: the reasons for immigration to England, the difficulties and joys they’ve lived through, as well as reflections on the country they now see as their home.

The film will also be made available for download from the CTCA UK website for a small donation of £1.99. https://www.ctcauk.com/events/va-exhibition-film-screening/#

Woman charged with murder following a fatal stabbing in Southworth