Sümer Erek: “The World of Süheyla”

SÜMER Erek continues to produce and share with the society by changing dimensions and adding new layers to the series of works he took his first steps in creating back in 2017.

Erek stated that the Covid epidemic caused him to think about life, death, art and beyond in many levels and that the isolation we are in further riveted his artistic production. For this reason, the Cypriot artist stated that his understanding of art, became clear in his consciousness, manifested itself with the words ‘Life, Art and Beyond’ Saying: “However, the epidemic enabled me to embrace and understand not only my work in this period but also my past works.” 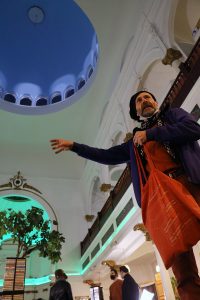 In the first week of November, Erek exhibited his works at Shacklewell Lane Mosque. In his adventure of bringing art into life just one expression of this was Süheyla Music World.

The first Turkish music store opened in London from the 1960s to the 2000s by the Cypriot Mrs Süheyla, who immigrated to England, introduced Anatolian and Cypriot origins, which helped the British community, who were interested in different cultural and artistic elements, to meet Anatolian music culture.

Erek expresses the second dimension of the study with the following words; “The definition of ‘Under Fig Tree’, which is identified with the land I come from, my past and my childhood, has also taken root in these lands where I live. It has laid the groundwork for my search beyond its context”.

Erek stated that he chose Shacklewell Lane Mosque because it is a place suitable for the spirit of the study. “Tribute”. Adding that Süheyla cares about this place, which means commemoration and respect, and because it has an atmosphere that is in harmony with the Music World.

In the work organized under the dome of the mosque, which used to be a Synagogue, there is a single tree consisting of three different trees. Under the tree, there are seven cassette towers surrounding the stage with the revitalization of hundreds of tape cassettes, as well as the use of objects such as mirrors, stairs, or abstract objects and materials such as seven, three, which have symbolic meanings in the work, the Erek blends the work with the performance of a group of professional musicians from different cultures and backgrounds. 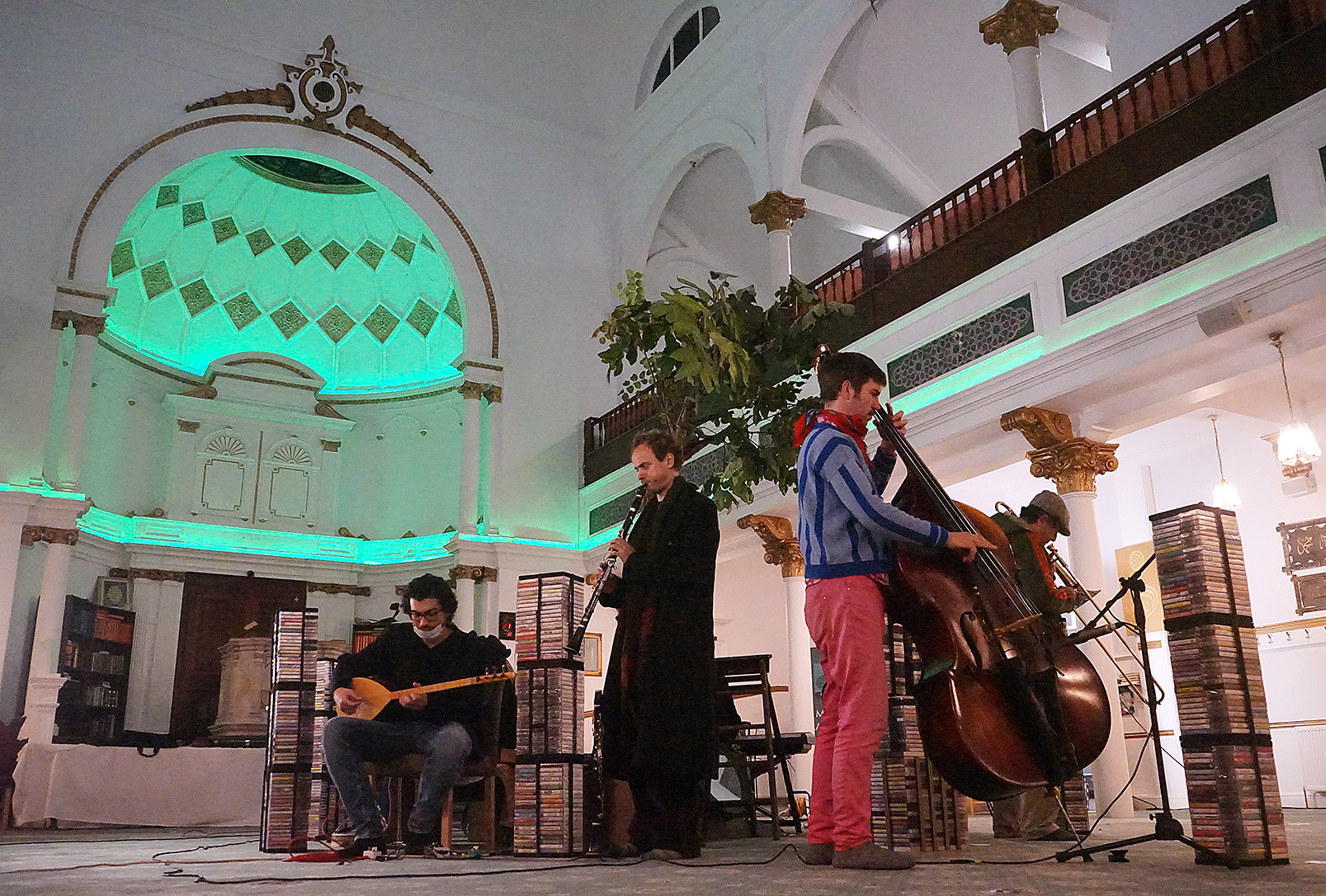 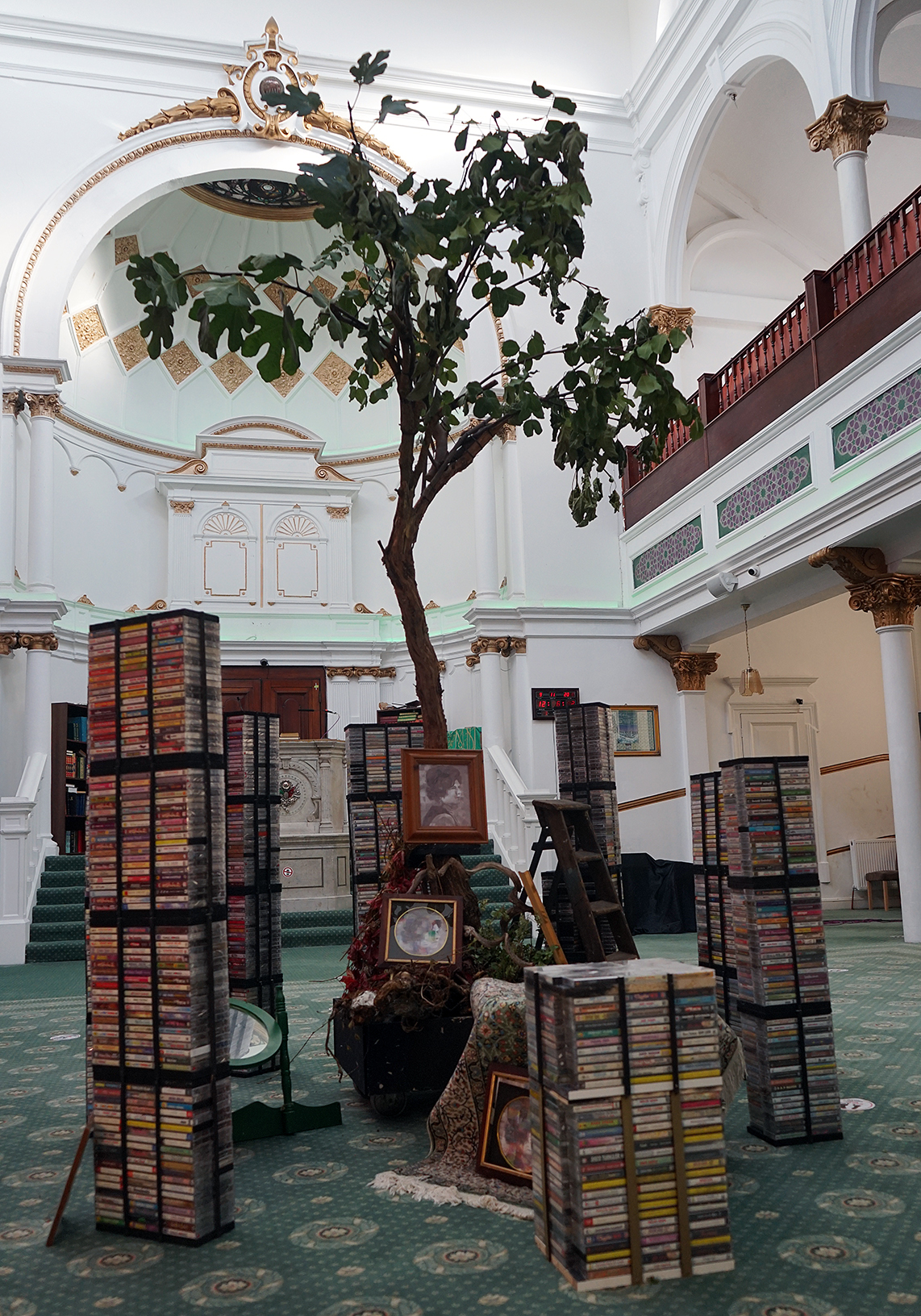 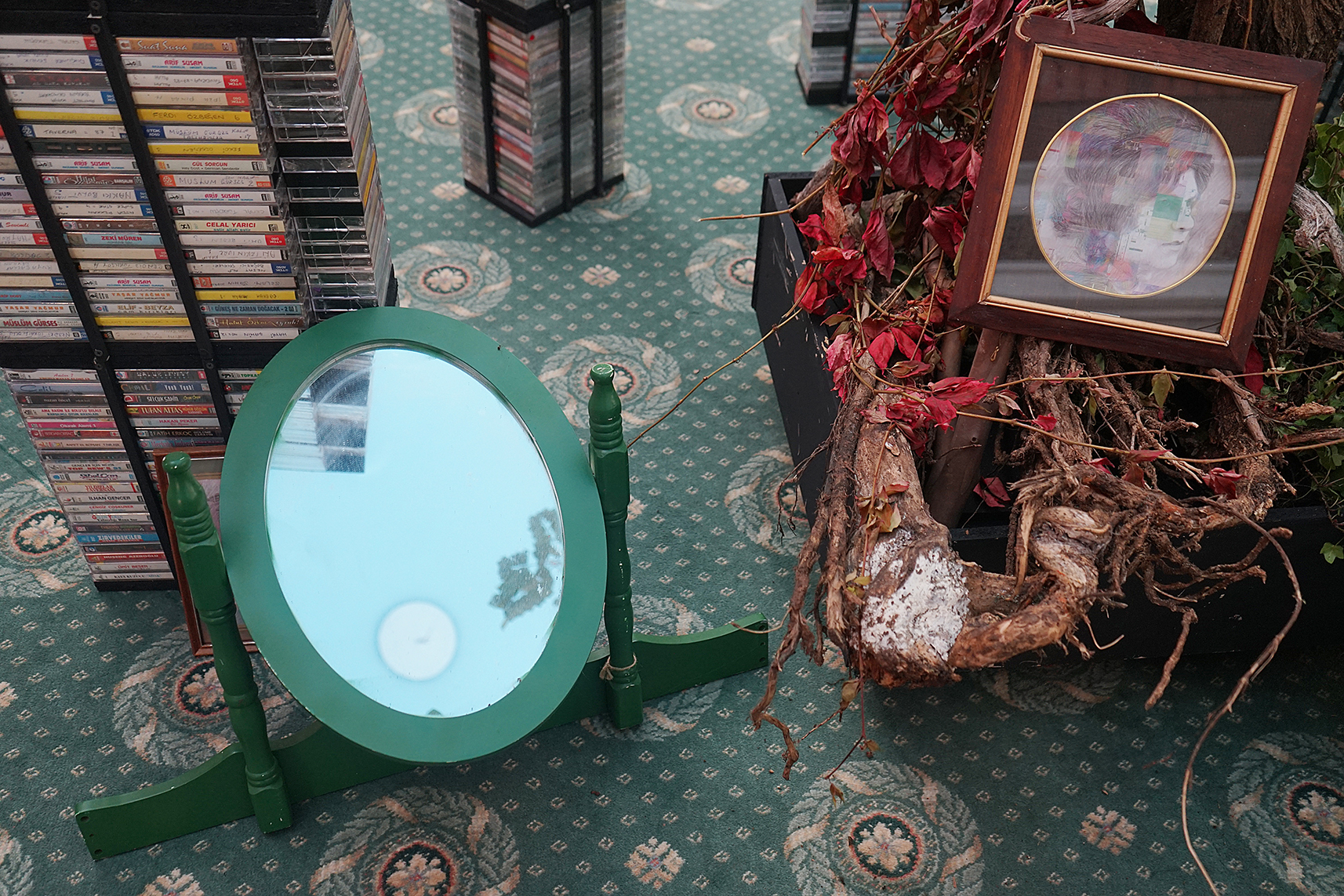 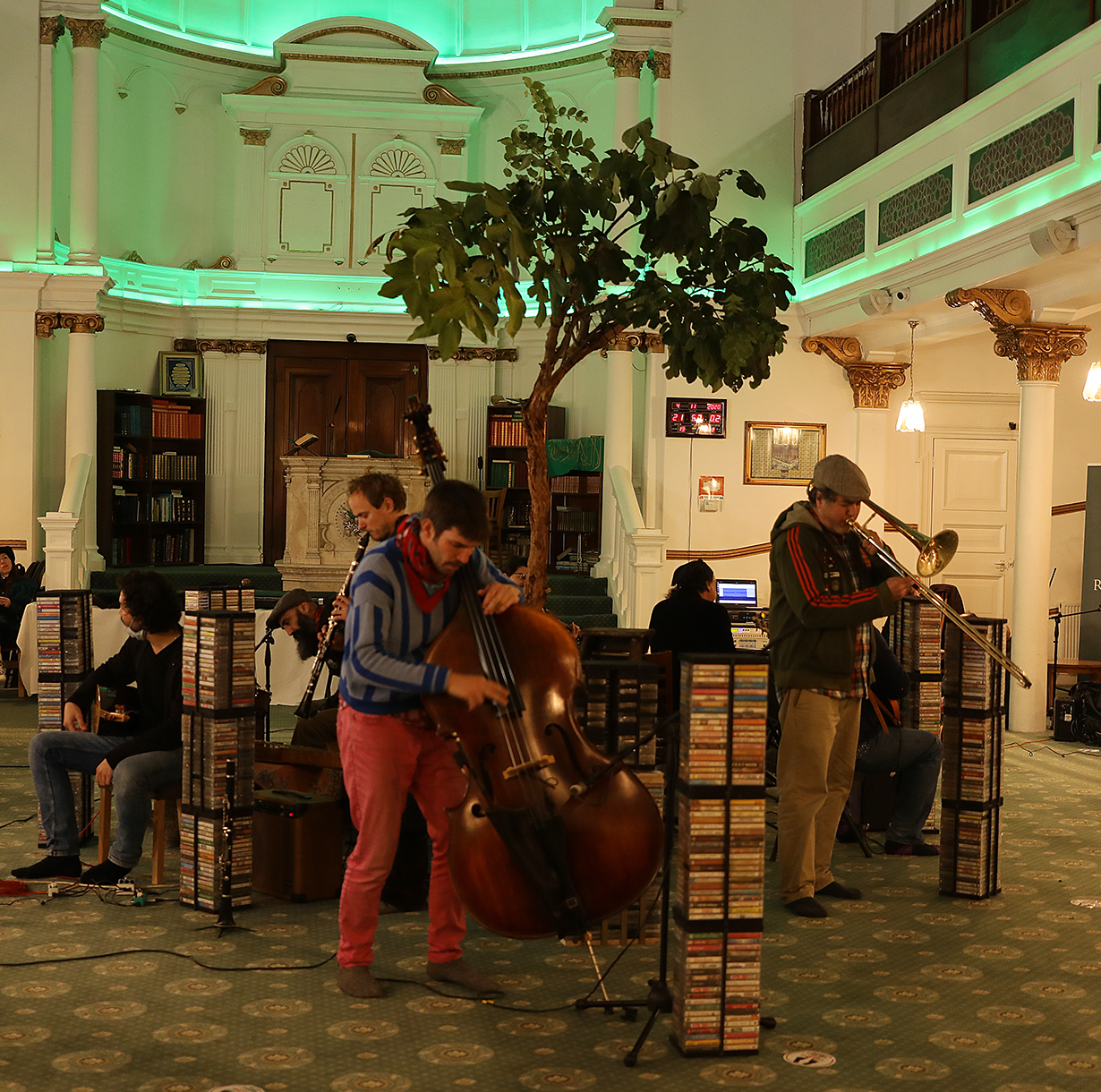