Burglar banned from City of London

Anasayfa » News In English » Burglar banned from City of London 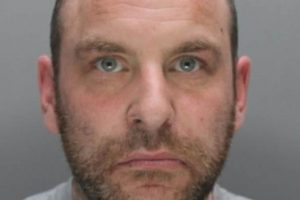 ONE of London’s most prolific burglars has been banned from entering the Square Mile.

Paul McKenna, 29, who amassed 60 convictions for 147 offences, was jailed for 18 months last week for his latest crime spree.

McKenna broke into a bakery, pharmacy and dry cleaners stealing more than £1,000 from tills in three weeks between August and September this year.

Days after the third raid, City of London officers spotted McKenna in the City, recognising him from CCTV footage. He was quickly arrested, Inner London Crown Court heard.

A judge granted a Criminal Behaviour Order against McKenna, banning him from entering the Square Mile for five years, expect when passing through on the Tube.

Detective Constable Ufuk Ekbic, who led the City of London Police investigation, said: “McKenna is a habitual thief, not just in the City, but all across London.

“Thanks to some good work by our officers, who spotted him and quickly arrested him, he is now facing the consequences for his latest crimes.

“As well as bringing criminals to justice, we also aim to get the most prolific offenders banned from the Square Mile. In this instance, McKenna has been banned from the City of London for five years.”

McKenna, of no fixed abode, was convicted last Wednesday of burglary relating to shops in the City and two stores in Hackney in the Metropolitan Police’s area.

Mobile networks will be banned from selling locked phones