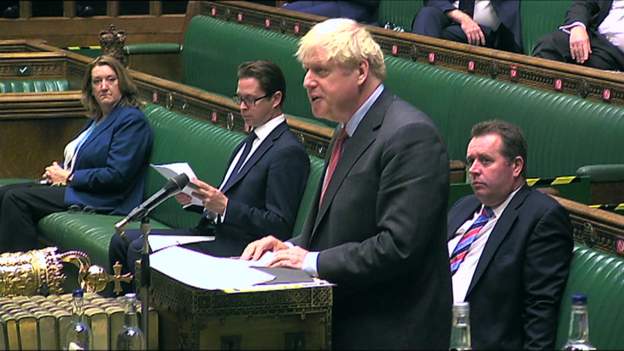 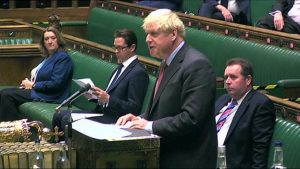 Boris Johnson said that this is “in no way a return to the lockdown” from March.

However these measures could be in place for as long as 6 months, Johnson gave a glimmer of hope that the traditional Christmas gathering might be spared, telling MPs: “This would only be possible if we brought the virus back under control.”

He says schools and colleges will remain open and businesses can stay open in a “covid compliant way”.

Following the government’s campaign on back to work, a change in messaging to work from home when and if you can has been given.

Asking everyone that can work from home to do so,  Johson has said the shifting nature of an unpredictable pandemic means having to change guidance quickly.

Pubs and restaurants have been given a curfew, from Thursday onward they will need to close at 10 pm and table service will be required.

The PM then announces there will be new places where face coverings will be required.

Face covering must be worn in pub and restuanrts unless customers are seated.

Staff in the hospitality and retail sectors will now need to wear them, as well as passengers travelling in taxis.

The exemptions to the “rule of six” will be cut down. For example, people doing indoor team sports will now not be allowed.

Weddings have also been limited down to 15 people from 30.

It was also announced that trials for sport event and conference centres re-introducing members of the public have been paused.

Sadiq Khan said he had drafted a separate plan for London with borough leaders and called on the Government to adopt it. It includes mask-wearing in all settings “where social distancing can’t be guaranteed”.

The Mayor said: “Yesterday’s stark warnings from the scientific experts showed that the virus is not only still out there, but it is spreading exponentially, in all age groups.” 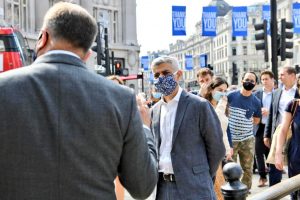