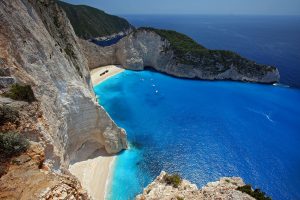 It comes as Transport Secretary Grant Shapps announced the rules are changing on which areas anyone coming back from must isolate for two weeks.

Instead of a whole-country approach, individual islands will be able to be treated differently.

Mr Shapps said the new quarantine policy for seven Greek islands will come into effect from 4am on Wednesday.

But mainland Greece will remain on England’s exemption list of “travel corridors”.

The transport secretary called coronavirus a “dreadful disease” that can “take us all – holidaymakers included – by surprise”.

England’s approach follows that of Wales – which last week added some Greek islands to its quarantine list.

Meanwhile Scotland has added the whole of Greece to its quarantine list.