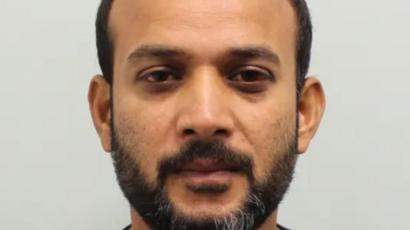 A murderer and serial stranger rapist dubbed the “E17 night stalker” has been jailed for life with a minimum term of 37 years.

Aman Vyas, 35, was sentenced for the 2009 murder of 35-year-old Michelle Samaraweera, six counts of rape on four women and grievous bodily harm after a trial at Croydon Crown Court.

Prosecutor Tom Little QC called Vyas “the E17 night stalker” as he told jurors the attacker turned a small area near his home in Walthamstow, east London, into his “hunting ground” for a “series of violent rapes” between March and May 2009.

He fled the UK two days after a Crimewatch appeal featuring an e-fit picture, and was arrested in India in 2011 after his former boss gave police a water bottle Vyas’s brother had drunk from, which showed partial DNA linked to the crimes was a male sibling.

Detectives said Vyas last year became only the third person, and the second Indian national, to be extradited from India to the UK, following an eight-year court battle involving around 30 hearings.