UK is set to heat up with blistering heatwave 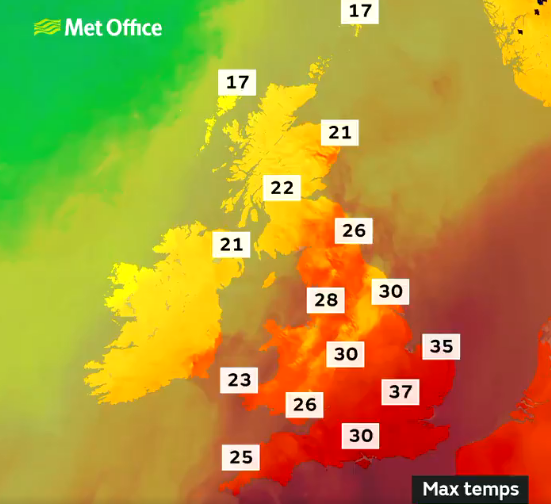 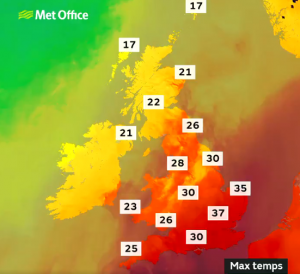 The Met Office said the warmer weather, starting on Thursday, could reach a blistering 37C (98.6F) in some areas and is expected to last until Sunday.

This would mean parts of Britain could pass the threshold for an “official heatwave”, which requires three days of temperatures over 25C (77F) or higher in different parts of the country.

London and the south-east are expected to experience the highest temperatures on Friday, but northern areas such as Manchester and Leeds will also hit the low 30s.

Last week, on 31 July, the UK recorded the hottest day of the year so far and the third-warmest on record, with the mercury rising to 37.8C (100.04F) at Heathrow airport.

Met Office Chief Meteorologist, Dan Suri, said: “Although much of the UK can expect a spell of warm and sunny weather lasting into early next week, it’s going to turn very hot for parts of England and Wales with temperatures widely reaching above 30 Celsius on Friday, Saturday and Sunday.  Met Office heatwave criteria will be reached over East Anglia and southeast England.

Dan continued: “Along with hot weather by day, it will stay warm and humid overnight with temperatures remaining in the high teens and low 20s Celsius.”