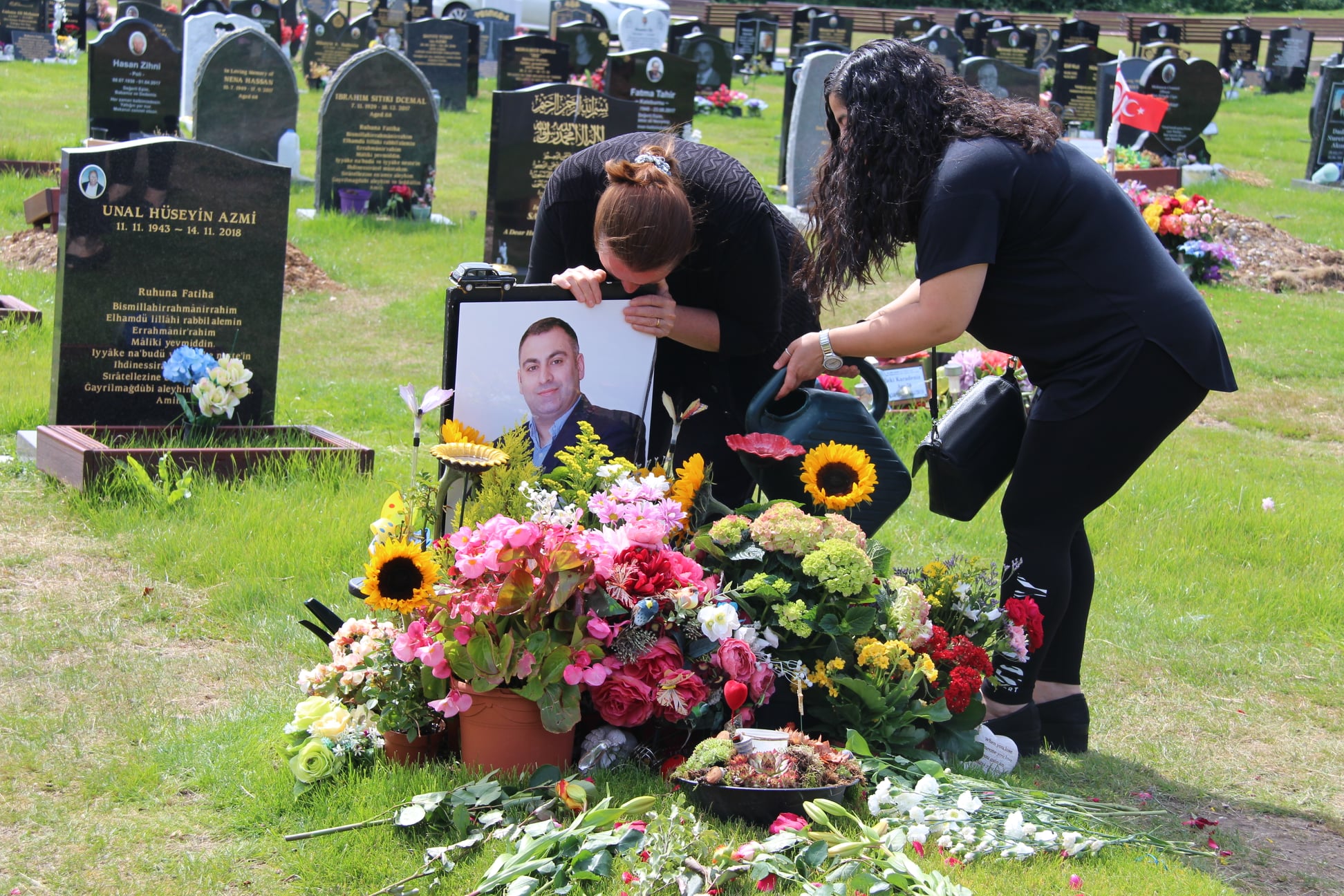 Turgay Hurman, who served as a two chair at the UK Alevi Cultural Centre and Cemevi for two terms, was commemorated in London.

Turgay Hurman, was defeated by cancer at a young age last year.

Hurman was commemorated on the first anniversary of his death at the UK Alevi Cultural Centre and Cemevi on Sunday, July 26.

After the ceremony held at IAKM, Hurman was also commemorated at his cemetery.

Hurman, from Koture village of Goksun district of Maras, had three daughters. He lived in England for many years and previously held various positions at Alevi institutions, Hurman was elected as the chairman of IAKM in 2015. He was reelected in 2016 and also is known to pursue serious efforts to build the biggest Alevi institution of Europe in Wood Green.

Emphasizing the importance of the unity of the Alevi community, Hurman also had great efforts under the UK Alevi Cultural Centre and Cemevi for the Alevi festival in London.