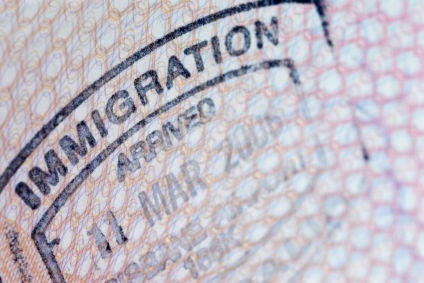 From January 1, 2021, a new points-based immigration system will come into effect, ending freedom of movement.

Foreign criminals sentenced to more than a year in prison will be banned from entering the UK under strict new immigration rules.

Today the Home Secretary Priti Patel will on Monday unveil details of the new points-based system.

The new rules will mean EU citizens, including criminals, will be treated in the same way as migrants from the rest of the world.

Ministers will be given powers to prohibit or deport foreign offenders who have received jail sentences of more than a year, the Daily Telegraph reported.

The paper said officials will also be able to bar persistent offenders such as pickpockets and burglars, even if they have been sentenced to less than a year.

The new system has been set in place to encourage skilled works to the UK, anyone who wanted to live and work in the UK will need to obtain 70 points to be able to apply for a visa.

Awards are appointed based on the key requirement such as the level of English, education level and job offer and wage.

A health and care visa will provide a route for key health professionals to work in the UK, while a graduate route will allow international students to stay in the UK for at least two years after completing their studies.

Ms Patel said on Sunday: “The British people voted to take back control of our borders and introduce a new points-based immigration system.

“Now we have left the EU, we are free to unleash this country’s full potential and implement the changes we need to restore trust in the immigration system and deliver a new fairer, firmer, skills-led system from 1 January 2021.

“Britain is open for business and ready to welcome the best and brightest global talent.”