ONS: Coronavirus cases in UK have more than halved in last week

Anasayfa » News In English » ONS: Coronavirus cases in UK have more than halved in last week 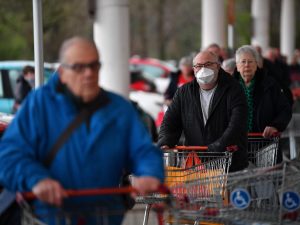 The number of people with coronavirus has more than halved in the last week, according to the latest official figures.

Data released by the Office of National Statistics (ONS) showed 53,000 people in England had the virus at any one time during the last two weeks of May. That’s down from 133,000 in the last round of figures.

The ONS says there is now a consistent downward trend – from more than 0.4% of the population being infected at the end of April down to 0.1% at the end of May.

It hasn’t updated its estimate of the number of people who have had the virus over the course of the outbreak, which remains at 6.8%. 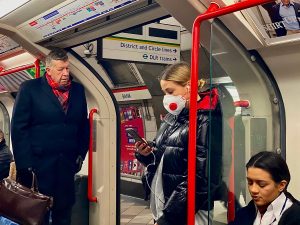 The ONS data also shows 5,600 people a day are still catching the virus, many more than are being tested and diagnosed.

It suggests many people with COVID-19 are asymptomatic, which will reduce the effectiveness of the government’s test and trace strategy in eliminating the virus.

Latest data from the ONS antibody surveillance study shows 6% of people have had the infection since the start of the epidemic, with 16% in London and around 10% in the northwest of England.

The UK has said it will be mandatory for commuters to wear face masks on public transport from 15 June, but the British Medical Association says this should be extended to all areas where social distancing is not possible.