The Government’s “back to work for some” message was in confusion today as commuters packed on to the London Underground, while Foreign Secretary Dominic Raab belatedly declared they were supposed to have stayed off until Wednesday. 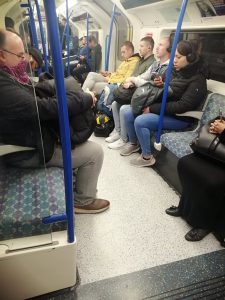 Levels of traffic on the roads and numbers of passengers on public transport appeared to spike this morning in the wake of Boris Johnson’s televised address to the nation last night, when he said people should “now” be actively encouraged back to work in a relaxation of lockdown rules.

Social media posts showed images of people pushing to get on to Tube carriages and abandoning social distancing.

Too late to hold them back, Mr Raab told Sky News that although the Government wanted sectors like construction and manufacturing to get back to work: “That won’t start until Wednesday.” 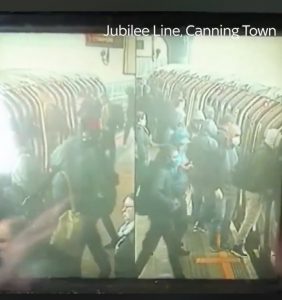 A major announcement this afternoon has been made that face coverings will be encouraged from Wednesday while shopping and using public transport, the maybe a bit late for those who have set out to work today in confusion after the PM message last night.

They must be DIY masks in order to conserve supplies of medical PPE for the NHS and care sector. Transport for London staff are being issued with basic NHS-style masks from today following the deaths of more than 40 workers, with bus drivers seemingly worst affected.

The Foreign Secretary added to the confusion by appearing to get his own Government’s policies wrong, saying that someone could meet both their parents in a park, whereas guidance this afternoon will make clear they can only meet one person at a time from outside their household.

Mr Raab also suggested pubs might be allowed to reopen from July 4, which Government sources were keen to stress was unlikely. A relaxation of lockdown for the hospitality industry in July or later is only expected to start with outdoor cafés and restaurants.

Mr Johnson used his TV address to unveil a “conditional plan” to start easing out of lockdown providing the rate of coronavirus reproduction, the R number, stays below one.

From Wednesday, people can take unlimited exercise outdoors and travel to other places by car.

They should still stay off public transport if possible, however.