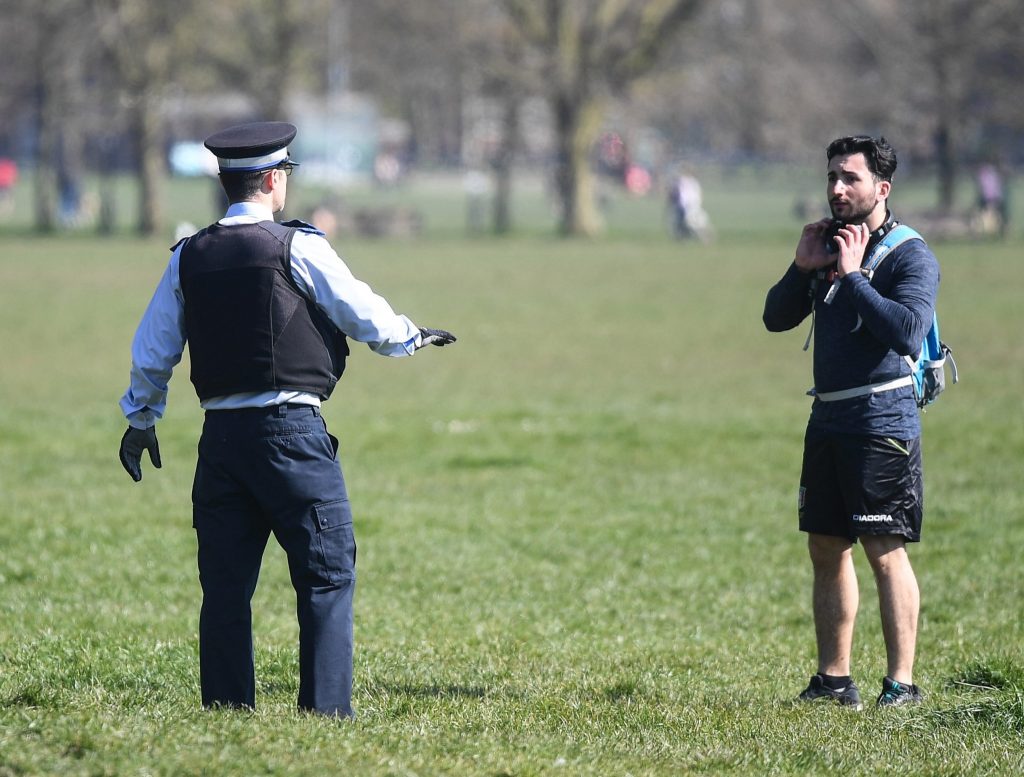 Exercise outside the home could be banned if people ignore coronavirus social distancing rules, the health secretary has warned.

Health Secretary Matt Hancock spoke with the BBC’s Andrew Marr that the government would “take action” if further measures are needed to bring the coronavirus under control.

It comes after reports of groups of people gathering in parks during sunny weather this weekend.

The death toll in the UK reached 4,313 on Saturday.

Mr Hancock said: “If you don’t want us to have to take the step to ban exercise of all forms outside of your own home, then you’ve got to follow the rules.”

The health secretary said the vast majority were sticking to the guidelines, adding: “Let’s not have a minority spoil it for everybody.”

He said the timing of restrictions being lifted would depend on how people behave, adding that “the more people stay at home the less the virus will spread”.

It comes as Brockwell Park in Lambeth was forced to close on Sunday after more than 3,000 people spent the day there sunbathing or in large groups on Saturday.

Meanwhile, Sussex Police said two people had been summonsed to attend court after having a barbecue on Hove beach.

And Brighton and Hove City Council tweeted on Saturday that too many people were meeting up with friends on the seafront, making social distancing “impossible”.

The Met Office said some parts of the UK could see temperatures of up to 21C on Sunday, with blue skies and sunshine forecast for much of the day across the country.

Restrictions state that everybody must stay at home where possible, and only leave if they have a “reasonable excuse”, such as exercise or shopping for basic necessities.