“Songs of Love, Longing and Loss” an multicultural concert in London 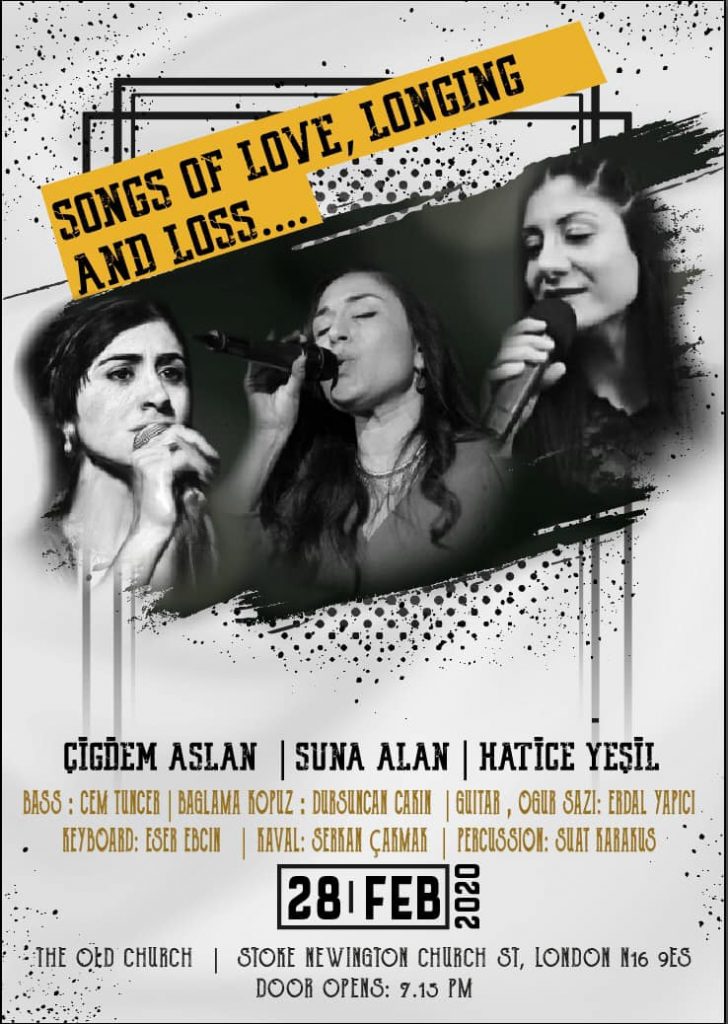 On Friday 28th February music lover in London will be able to listen to the multicultural concert of “Songs of Love, Longing and Loss”  by three female artists.

The unique concert will be held in The Old Church on February 28 at 7.30 pm with Turkish, Kurdish, Greek and Armenian folk tunes. 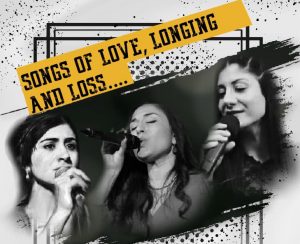 Familiar to the Turkish community in the UK for many years successful artists Cigdem Aslan will be performing, a singer who sings in many languages and regional styles such as Turkish, Greek, Kurdish, Bosnian, Bulgarian, Romanian and Ladino.

Suna Alan, who stands out in the UK especially with her works in the Kurdish community, also comes from the Kurdish Alevi past will also take to the stage. Bingöl’s dengbêj tradition and Kurdish-Alevi sayings are also influenced by the Greek music tradition of İzmir, where she grew up, and the repertoire of the artist also includes songs in Armenian, Greek, Sefardi, Arabic and Turkish.

Artist Hatice Yeşil started her musical journey with playing saz will also be performing. The artist, who performs the Bozlak works quite successfully in the Central Anatolian folk songs.

The musicians such as Cem Tuncer, Dursuncan Çakın, Erdal Yapıcı, Eser Ebcin, Serkan Çakmak and Suat Karakuş will also be taking part in the concert.